She warned her fans and followers to not click on any suspicious links found in her recent tweets as her account has been hacked. 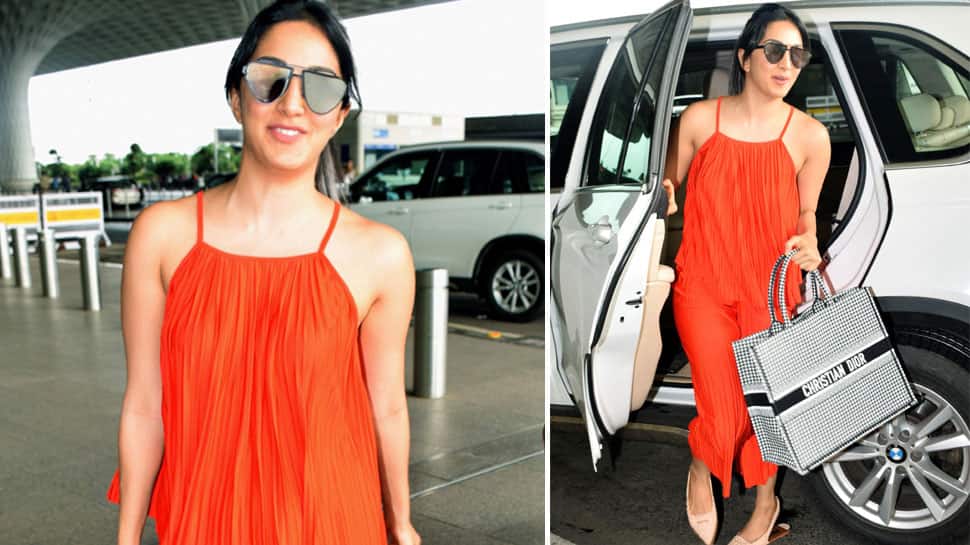 New Delhi: Kabir Singh's Preeti aka Kiara Advani woke up this morning to the horror of finding that her Twitter account has been hacked by some mischief mongers. However, the actress was quick to realise it and shared it on her Instagram story.

She warned her fans and followers to not click on any suspicious links found in her recent tweets as her account has been hacked.

Here's a screengrab of her Insta story: 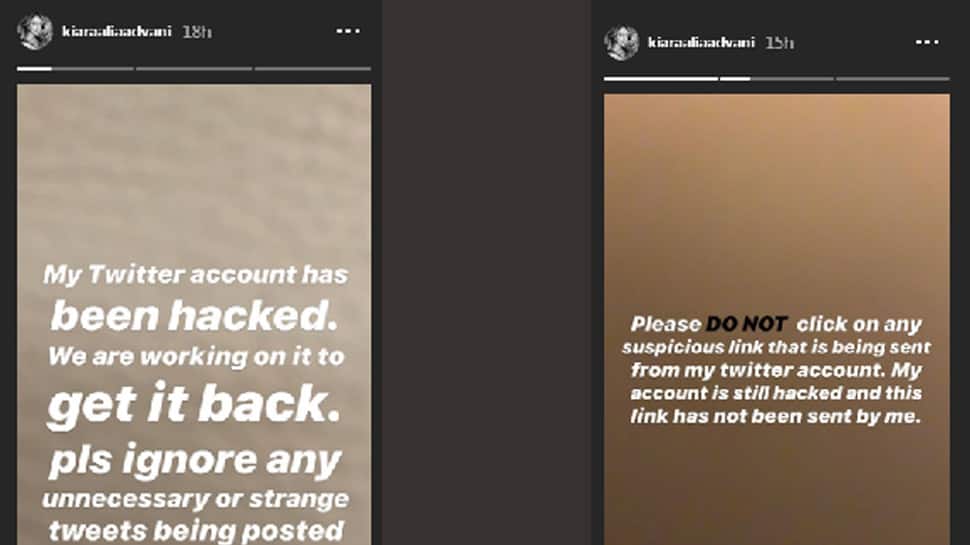 This is not the first time that any celebrity's account has been hacked. In the past, Amitabh Bachchan, Shahid Kapoor, Abhishek Bachchan, Esha Gupta, Karan Johar and Anupam Kher amongst various others have complained about their Twitter accounts being hacked.

On the work front, Kiara has joined Kartik Aaryan in 'Bhool Bhulaiya 2', making it yet another fresh pairing for the audience to feel excited about.

Kiara is a busy girl as she has 'Good News', Laxmmi Bomb, Indoo Ki Jawani' and a Netlfix movie 'Guilty'—which marks the digital debut of Dharmatic—a digital offshoot of Dharma Productions in the pipeline.