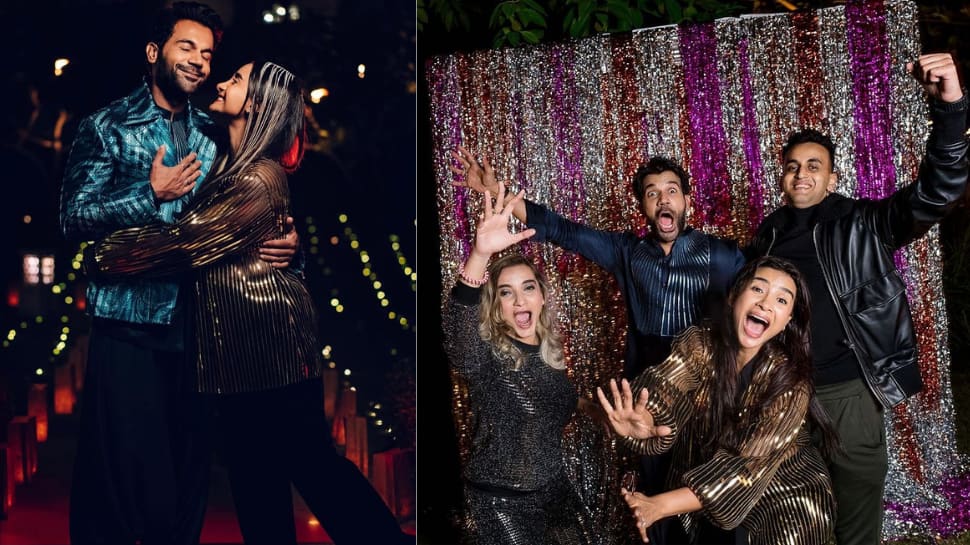 New Delhi: Actors Rajkummar Rao and Patralekha exchanged wedding vows on November 15 at the Oberoi Sukhvilas Spa Resort. The beautiful couple also had a fun pyjama night party a day before their wedding, photos of which have now surfaced online. From the beautiful photos, the bling, the jazz, the quirk and fun is clearly visible. The couple is wearing trendy outfits from designer Amit Aggarwal for the party.

Patralekha’s sister, Paranlekha dropped a photo from the Pyjama party and wrote, “As the late great, Audrey Hepburn, once advised,” Life is a party dress like it.” Pyjama party night! #patraj”.

Actor Zeeshan Ayub, who was also part of the wedding festivities took to Instagram to share photos of the groom and his gang of boys having fun. “The night before! @rajkummar_rao bahut badhaai mere bhai,” wrote Zeeshan.

Earlier, sharing photos from his dreamy wedding Rajkummar wrote on Instagram for Patralekhaa, “Finally after 11 years of love, romance, friendship and fun, I got married to my everything today, my soulmate, my best friend, my family. Today there is no greater happiness for me than being called your husband @patralekhaa Here’s to forever .. and beyond”.

Patralekhaa also called Rajkummar her soulmate and wrote a mushy post that read, “I got married to my everything today; my boyfriend, my partner in crime, my family, my soulmate...My best friend for the last 11 years! There is no greater feeling than to be your wife! Here’s to our forever...@rajkummar_rao”.