Sara took to Instagram recently and shared a black and white pic in which she is a spitting image of her mom Amrita. 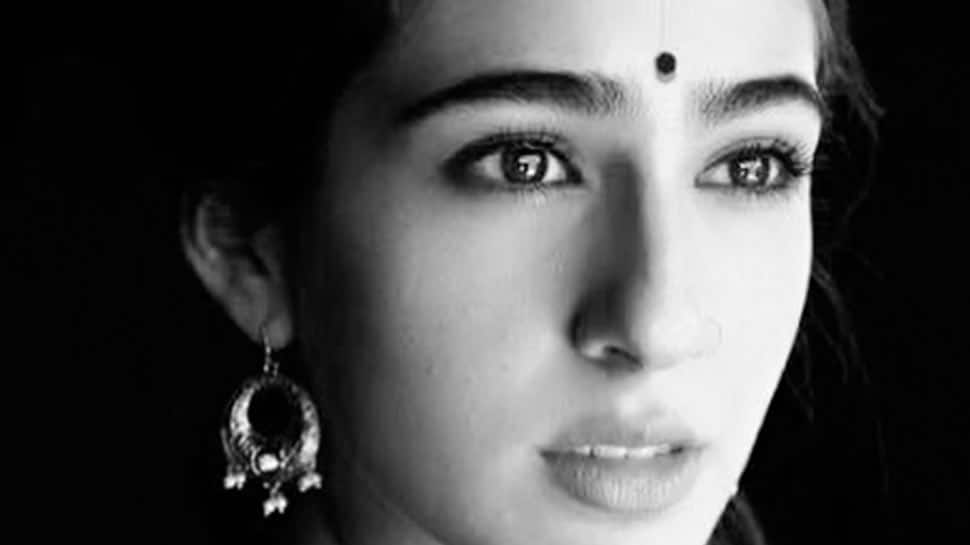 New Delhi: Saif Ali Khan and Amrita Singh's daughter Sara Ali Khan has a huge fan base and people admire her for her honest and witty replies. The actress time and again leaves us awestruck by her statements and grabs eyeballs whenever she steps out in public.

With over 8 million followers on social media app Instagram, Sara's fan-following needs no description. The actress is quite active on social media and often shares pics and videos to keep her fans updated about her life.

She took to Instagram recently and shared a black and white pic in which she is a spitting image of her mom Amrita.

The actress made her debut with Abhishek Kapoor's 'Kedarnath' in December last year and received immense appreciation for her performance.

Sara acted opposite Sushant Singh Rajput in the film and both actors were lauded for their acting skills. Shortly after 'Kedarnath', Sara appeared in Rohit Shetty's 'Simmba' in the same month. The actress had a small role in the film but left the audience smiling with her presence. The film starred Ranveer Singh as the male lead and emerged a blockbuster.

The actress will next be seen along with Kartik Aaryan in an Imtiaz Ali directorial. The film is reported to be the sequel of 'Love Aaj Kal' that starred Deepika Padukone and Saif Ali Khan in lead roles.

Don't like to talk about Alia's personal life: Soni Razdan