Satyameva Jayate back at you: Actresses call out Rhea Chakraborty for 'faking grief' in her viral statement video

Rhea Chakraborty had reacted to allegations against her by Sushant Singh Rajput's family. 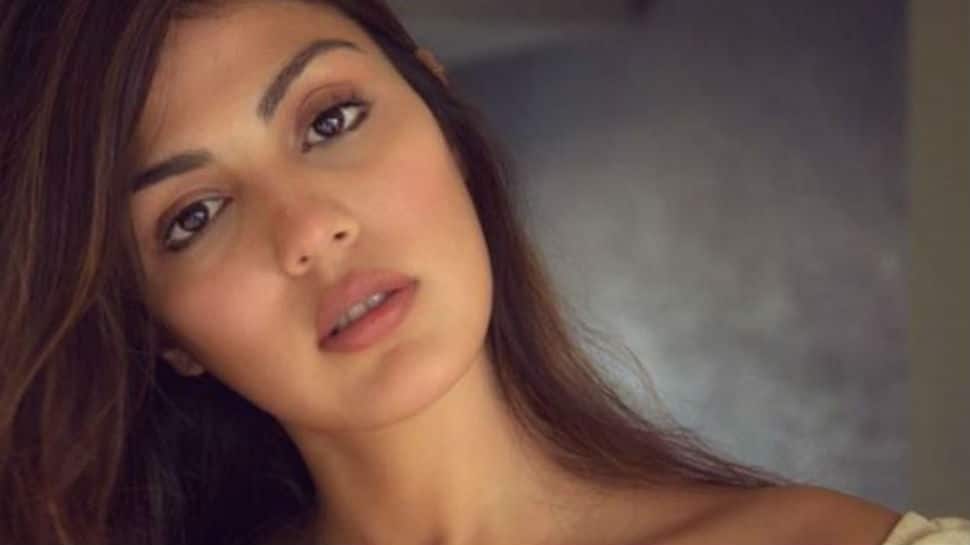 New Delhi: Two actresses - Krissann Barretto and Kajol Tyagi - have called out Rhea Chakraborty for 'faking grief' in her viral video which she released on Friday, days after she was accused by actor Sushant Singh Rajput's family of cheating and harassment. Krissann was a close friend of Sushant while Kajol worked with Rhea in her film 'Jalebi'. They slammed Rhea on a paparazzo's post - the video of the actress - in which she, with folded hands, tearfully said, "I have immense faith in God and judiciary. I believe I will get justice even though a lot of horrible things are being said about me in the electronic media, I refrain from commenting on the advice of my lawyers as the matter is sub-judice. Satyamev Jayate, the truth shall prevail."

A lot of horrible things being said about me in media: #RheaChakraborty reacts to allegations against her in #SushantSinghRajput death case pic.twitter.com/7ZXJrPE4kr

Krissann wrote a lengthy note, saying, "After he started dating this female he was not allowed to be in touch with any of us !! All of his friends !! His numbers were changed and we all know that! We all tried reaching him but we could not! The statement from his dad says she didn't even let him talk to his family! Rhea, yes the truth will be out we will make sure! Satyamev Jayate back at you!"

"I'm insanely proud of you for commenting I was part of 'Jalebi' before it went for the reshoot and shot with her for a couple of weeks and I remember Rhea oozing negativity. Literally. I mean in this video also keeping hands folded so that body language experts have a harder time? Well, it's evident she's faking grief." 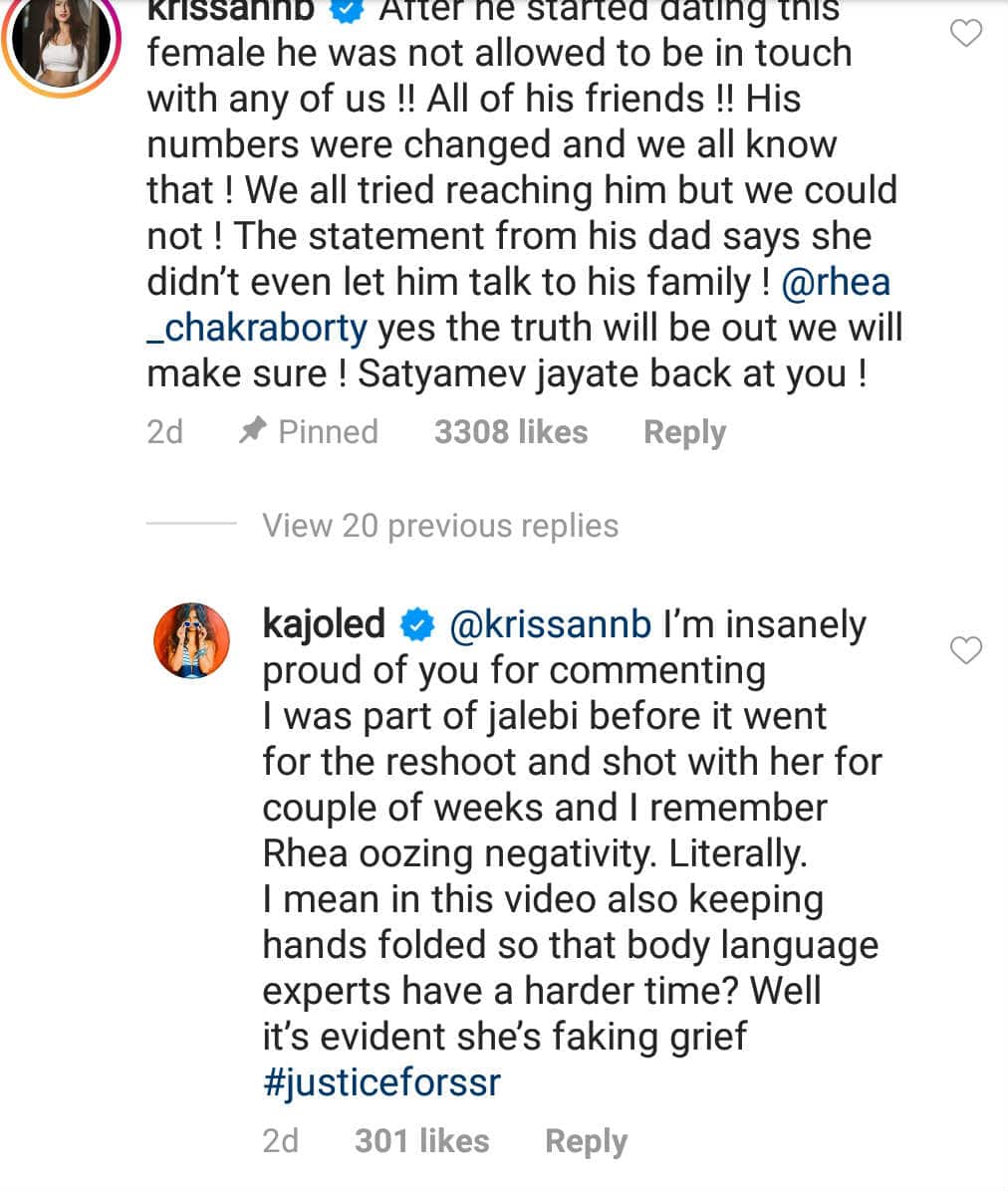 An FIR was registered against Rhea by Sushant's family in Patna earlier this week. The Bihar Police is currently investigating the case after the FIR was lodged. Meanwhile, the Mumbai Police has been investigating the death case since Sushant's death by suicide.