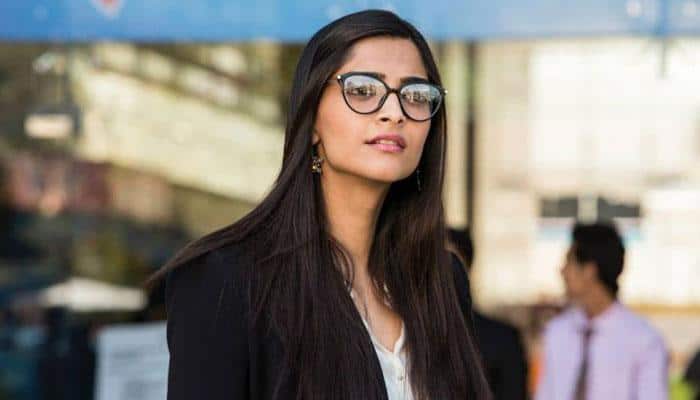 New Delhi: Known for calling out celebs on social media for breaking traffic rules, Mumbai Police found new offenders in Sonam Kapoor and Dulquer Salmaan. However, it later turned out that the Mumbai Police were quick to form an opinion this time.

Sonam shared a video of what appeared like Dulquer using his phone while driving. The video was re-tweeted by Mumbai on their Twitter handle with a caption that read, "We agree with you @sonamakapoor ! Quite a ‘weirdo’ to try such stunts while driving and putting the lives of fellow drivers at risk too! We don’t quite approve of these even in ‘reel’ life. #NotDone"

We appreciate that you weren’t indulging in any irresponsible violation. A good example for all your fans @dulQuer https://t.co/7nmjHYZGeu

However, Sonam was quick to jump to Dulquer's rescue. She clarified tweeting, "We weren’t driving we were rigged on a truck.. but I’m glad you guys are concerned.. I hope and I know you show the same interest in regular folk as well! Thanks for taking care! #Reelvsreal @dulQuer."

Later the tweet was removed from the Mumbai Police' twitter handle. In another tweet, they wrote, ”For us, No Mumbaikar is ‘regular’ they are all ‘special’! And we are equally concerned about them all. Glad to know your safety wasn’t ‘rigged’. @sonamakapoor.”

Dulquer later tweeted to narrate his side of the story. He wrote, " “Would appreciate it if you had checked some facts before tweeting this. In fact @MumbaiPolice helped us with permissions and traffic management during the shoot and were present the whole time. In my next tweet attaching the video I was shooting. #notawierdo.”

He added, “@MumbaiPolice The car was rigged to a low loader truck which was also the camera rig. I couldn’t steer or drive the car even if I wanted to. Also this particular car cannot steer itself.” He also shared a video captured by him to justify his side of the story."