Sushant Singh Rajput had bought a fancy bike in 2006 when he was a college student. 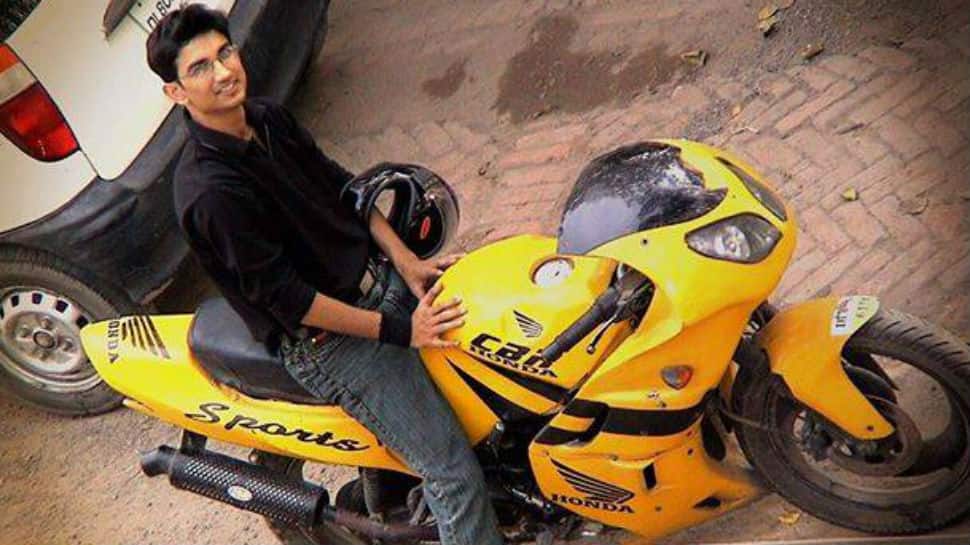 New Delhi: By scrolling through the pictures posted by Sushant Singh Rajput on his Facebook profile, we chanced upon an old photo of him when he bought his first bike from his savings. The late actor, who loved luxury cars and bikes, had bought a fancy motorcycle in 2006 from the money he earned by giving tuitions to engineering students. He was in college then.

The picture featured him sitting on the bike and smiling for the photo. "#collegedays #2006 first bike I bought from the money I earned by giving tuitions to aspiring engineering students. Some things make u feel so good," read the caption with which Sushant had posted the photo.

#collegedays #2006 first bike I bought from the money I earned by giving tuitions to aspiring engineering students . Some things make u feel sooooo good.:))

Sushant had many hobbies and interests. He was deeply interested in science, cosmos, universe, mathematics and spirituality and his social media posts also suggested so. He had also written a list of his '50 dreams', which included learning how to fly a plane, learning Morse Code, helping children learn about space, doing a four clap push up and one of it was also to buy a Lamborghini.

The 34-year-old actor already owned a Range Rover, a Maserati Quattroporte and a BMW bike.

Sushant died by suicide in Mumbai on June 14. He was said to be under stress and depression for some months.

Sushant will be last seen, posthumously, in 'Dil Bechara', which streams on Disney+ Hotstar from July 24.

Amul pays heartwarming tribute to 'mother of choreography' Saroj Khan: From the A, B, C To the Ek, Do, Teen of dance