TanushreeDutta  in 2018 accused veteran actor Nana Patekar of allegedly harassing her on the sets of 'Horn Ok Pleassss'. 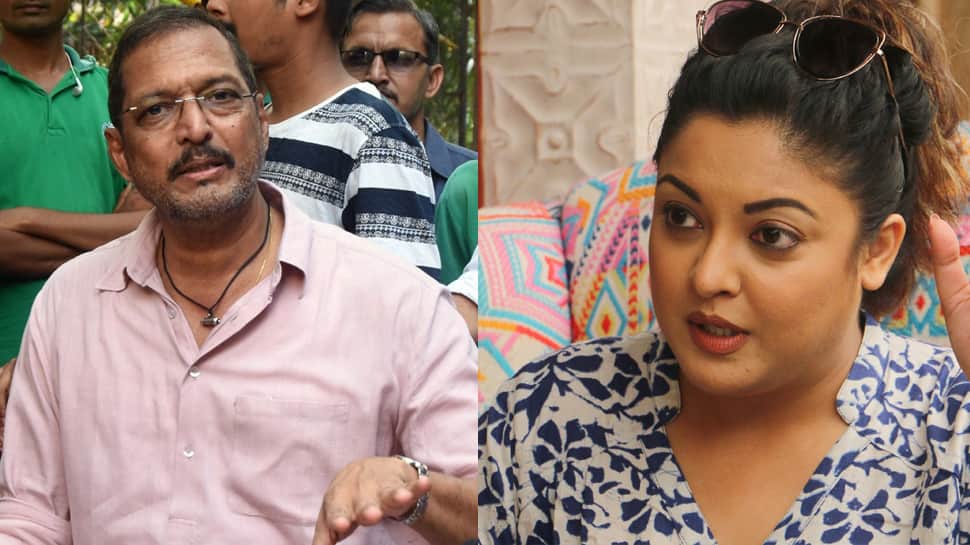 New Delhi: Actress Tanushree Dutta blasted veteran actor Nana Patekar on farmers' suicide in Maharashtra in a new statement released on Saturday. In the statement, she also added that she still considers him to be the 'harasser' even if the police did not get any evidence against him.

Tanushree in 2018 accused veteran actor Nana Patekar of allegedly harassing her on the sets of 'Horn Ok Pleassss' (2008). After which, the #MeToo movement gained momentum and several women from the industry named some top filmmakers, singers and artists as their alleged harassers.

However, Nana Patekar, just a few days ago, got a clean chit from Mumbai police in the case.

"Nana Patekar and his web of lies is getting exposed day by day. From contradicting statements about what happened on 'Horn Ok Pleassss' sets, to producing bogus witnesses to lie stupid meaningless lies on his behalf, this man will stop at nothing to prove himself innocent even if he has to buy off law and judiciary and not to mention the stream of bullshit that is being fed to the media on a daily basis by his team," read an excerpt from Tanushree's statement.

Further, she questioned the work his charity foundation Naam does and alleged that though he collects money for the farmers, he doesn't give it to them.

"Everyone can clearly see through all of it. But what about the poor drought-hit farmers who are dying every day due to mounting debt? What about the money his Naam Foundation collects but doesn't give them? What about the lies of a poor lifestyle but siphoning millions in the name of poor farmers totally unaccounted for? What happened to that money and why are farmers in Maharastra still committing suicide in such increasing numbers than ever before? The whole country is watching the facade of this corrupt degraded man fall to pieces," Tanushree, currently in the US, added.

She further went on to say, "Just because the police it seems cannot find evidence against you in harassment case (despite enough evidence submitted) doesn't mean you are not guilty. You are as guilty as they come, you have not only harassed and troubled women repeatedly in the past as is common knowledge in Bollywood but you also have blood on your hands of the poor farmers who trusted you and who died without receiving what came in their name. They committed suicide because they were helpless but they didn't know that millions of dollars, pounds and rupees were getting collected from charitable and well-meaning people and institutions from all over the world into Naam Foundation coffers and vanishing without a trace."

"Your sins have exceeded you, Nana and no amount of bogus clean chits will save you now," she concluded.

After the actor was given a clean chit, Tanushree slammed Mumbai police for dismissing as 'false' and 'malicious', the sexual allegations charges levelled by her against him and claimed that the veteran actor had bribed the police into filing such a report, news agency ANI had reported.

Sara Ali Khan and Kartik Aaryan, with their faces covered, take a stroll in Shimla - Pics inside