Mahi V Raghav's Yatra gets U certificate, slated for release this February

The film which is directed by Mahi V Raghav and has Mammootty in the lead role. 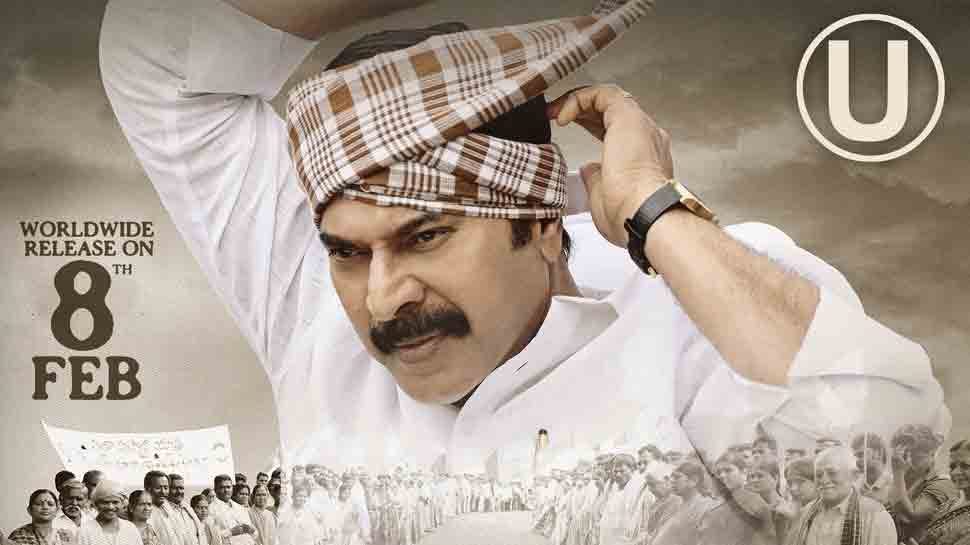 Mahi V Raghav is one of those people who was immensely inspired by the ideologies and agendas of YS Rajasekhar Reddy, former Chief Minister of Andhra Pradesh. Reddy was widely popular among masses and had a huge following. And this was the reason why lakhs of people emerged at his residence when they learnt of his demise.

Mahi V Raghav, who has made films like 'Paathashala' and 'Anando Brahma', was inspired to make a film on the politician, especially on the 'Padayatra' part and so came up with the project 'Yatra' which is all set to release.

As per reports, southern star Mammootty will play the lead role in the film. The senior actor from the Malayalam industry fits perfectly in the role of YS Rajasekhar Reddy.

The teaser of the film was unveiled recently and has received a tremendous response from the audience.

And now, the latest reports say that the film been awarded the U certificate from CBFC and that too, without any cuts.

Mahi took to Twitter and wrote, "Except for my roots, my mom who hails away from Idupulapaya (kadapa). Our paths never crossed but was destined and chosen to tell Y S Rajasekhara Reddy’s story. Finally, we did meet, all I could do is to THANKS HIM for making me his voice and for the opportunity to tell his story. #Yatra (sic)."

Except for my roots, my mom who hails few miles away from idupulapaya(Kadapa)
Our paths never crossed but was destined & chosen to tell YS Rajasekhara Reddy's story
Finally we did meet all I could do is to THANK HIM for making me his voice & for the opportunity to tell his story pic.twitter.com/oxyjlplyiU

This single tweet shows the emotional ride Mahi went through.

The film is slated for release on February 8, 2019 and YSR fans can't keep their excitement under control. This film also has Ashritha Vemuganti of Baahubali fame as YS Vijayamma. Suhaasini, Anasuya Bharadwaj, Rao Ramesh and many other big actors are part of the high-budget film which is produced by Vijay Chilla and Shashi Devireddy under the banner of  70 MM Entertainments.