The film is said to be a sequel for Manmadhudu, which was released 13 years ago. 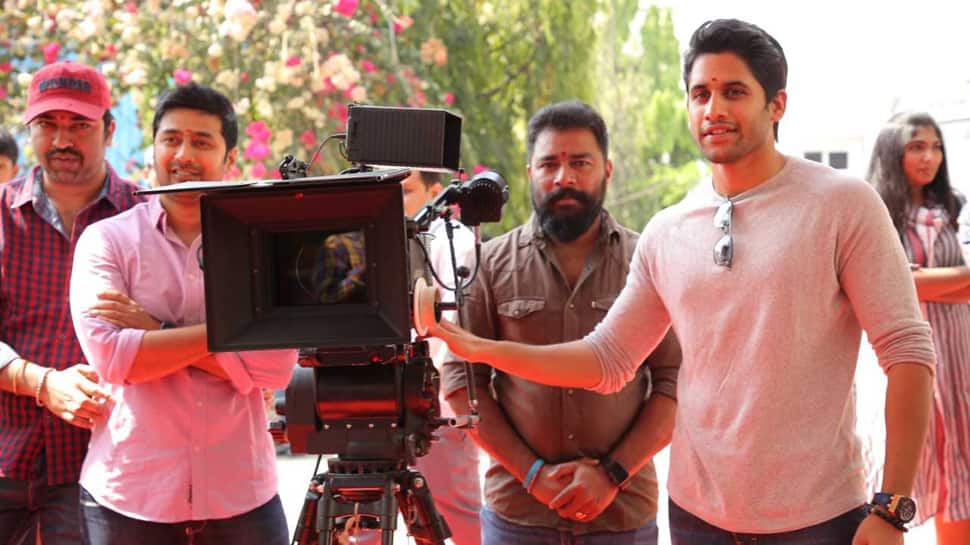 After a long wait, the trailer of Manmadhudu 2 was launched and the film will go on floors very soon. The film is said to be a sequel for Manmadhudu, which was released 13 years ago. Manmadhudu was a blockbuster film which has Akkineni Nagarjuna in the lead role, and once again, he is back with the same kind of role with Manmadhudu 2.

Cast and crew of the film got together at Annapurna studios this morning with Amala Akkineni giving the first clap and Naga Chaitanya switching on the camera. The film rolls into regular shooting as the crew heads to Europe for an extensive schedule.

Actor Rahul Ravindran who turned director with Chi La Sow is directing Manmadhudu 2 and when approached, he said, “I am so happy and excited to take this project on floors as soon as possible. When I narrated the script to Nagarjuna sir, he said he really liked the script. I worked on it and made some necessary changes and the final script was drafted. It feels great to be working with Nagarjuna sir.”

Chi La Sow was released almost a year ago and that was when Nagarjuna was impressed with Rahul’s work. That is when he announced in the press meet that he would want to do a film with Rahul.

It is said that Nagarjuna is pretty happy to be part of this film as he loved the script and has a nostalgia connected to it. Rakul Preet Singh is playing the lead role in the film.

Chaitan Bharadwaj of RX100 fame will compose music for this film while M Sukumar will handle the cinematography. Nagarjuna and P. Kiran (Gemini Kiran) will be jointly producing the movie under Manam Enterprises and Anandi Art Creations banners.

Laxmi, Vennela Kishore, Rao Ramesh, Nassar, Jhansi, Devadarshini and others are part of this film.