The 25-year-old actor wore a light-coloured button-down, while Dyer opted for a dark tank top, wearing her long brown hair down. 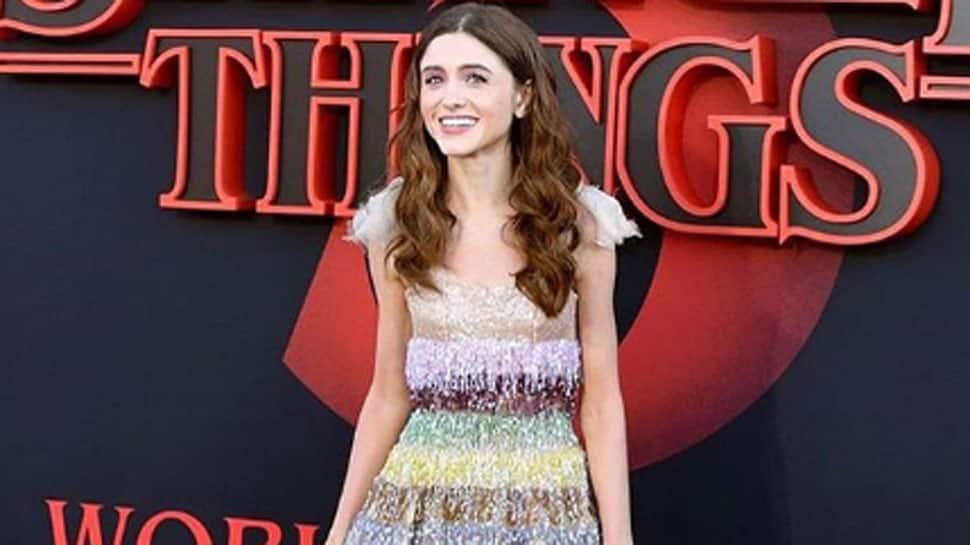 Washington: American actor Natalia Dyer and Charlie Heaton jetted off to Italy to spend some quality time together, after walking the red carpet at the 2019 Giffoni Film Festival just two days earlier.

The couple was spotted looking at their phones together, while they enjoyed Italy`s favourite cocktail, an Aperol spritz. In the picture, the duo sported dark sunglasses as Heaton draped his arm around Dyer.

The 25-year-old actor wore a light-coloured button-down, while Dyer opted for a dark tank top, wearing her long brown hair down. The couple, who play the investigative journalists-in-training pair of Nancy Wheeler and Jonathan Byers on the Netflix hit series `Stranger Things`, recently opened up to PEOPLE Now about what it's like to date both in real life and onscreen at work.

While the British actor joked that they can get "confused" between their real and reel relationship, Dyer said that it`s nice to have someone to run lines with, especially because they are so comfortable together.

Dyer also said that it`s "an interesting thing to work with somebody who you go home with" after "long days" on set, speaking with Refinery29, as reported by People, earlier this month."It`s always really fun. We`re really comfortable with each other, so we can play and feel freer, and we can talk about it before," Dyer told the outlet.

"There`s that sense of who knows if you`ll ever work together with this person ever again? Who knows? This might be your only chance to play like this."

The two first sparked dating rumours in 2017 after being spotted at the Los Angeles International Airport together, and since then have been keeping details of their relationship under wraps."That`s something important to me -- with my family, with my friends, I really like to keep it for me," Dyer told Refinery29, cited People.

The couple was spotted romancing on the European streets just a few weeks after Season 3 of the beloved sci-fi drama dropped on Netflix, breaking the streaming giant`s own viewership number record within its first few days.