Miller has been dating writer Lucas Zwirner for around a year and is pleased he isn't in the public eye. 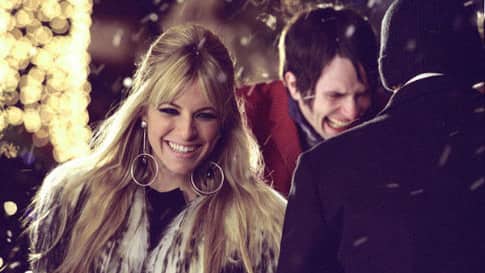 London: Actress Sienna Miller doesn't like dating. She says she enjoyed being single for the first time after splitting from actor Tom Sturridge.

"It was about the first time in my life I'd ever been single. It was fine. I really like my own company. I quite like being independent. But the dating thing, which I tried a couple of times? That I don't envy. I went on a couple of dates with people that I was set up with and... y'know," Miller told Britain's ELLE magazine, reports femalefirst.co.uk.

Miller has been dating writer Lucas Zwirner for around a year and is pleased he isn't in the public eye.

She exclaimed: "He's not an actor! He's not famous!"

The 37-year-old star has been under scrutiny since her high-profile relationship with actor Jude Law and she's thankful but shocked she managed to "get through" all the attention her personal life has attracted and carve out a successful career.

She said: "I'm here today, a mother with a career. Looking back, I'm kind of amazed that I managed to get through it."

Nikki Bella gets vocal about her intimate relationship with Artem Chigvintsev