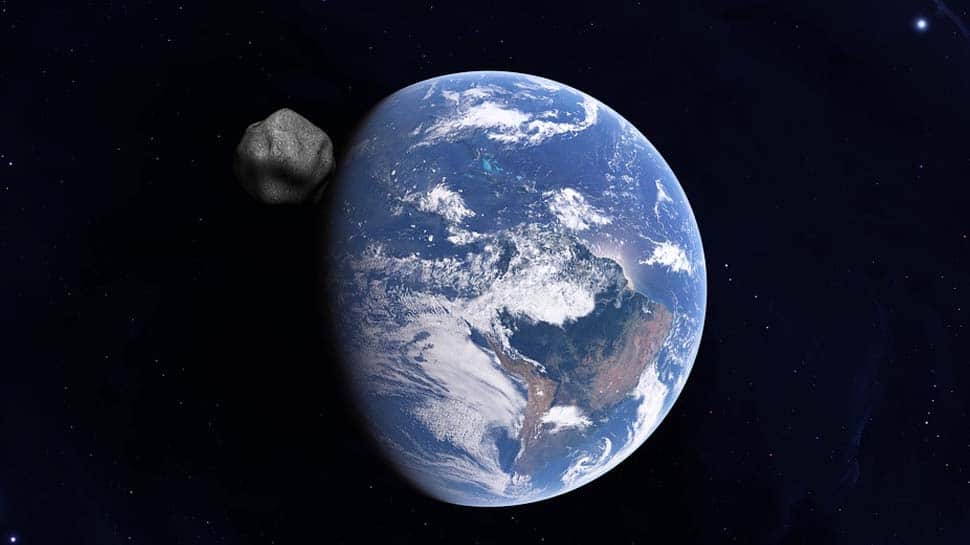 The National Aeronautics and Space Administration (NASA) has said that a gigantic 'potentially hazardous' asteroid will fly right past the Earth in the next four days. NASA's Asteroid Watch widget, that track asteroids and comets, shows that the “Asteroid 2020 ND” will whiz past Earth on July 24.

According to the Independent, there are two objects--2016 DY30 and 2020 ME3-- and they will be further away than the Moon, even at their closest point to Earth. The bigger of the two objects is 2020ND which has been described as being roughly 150 per cent of the London Eye.

According to NASA, "Potentially Hazardous Asteroids (PHAs) are currently defined based on parameters that measure the asteroid’s potential to make threatening close approaches to the Earth. Specifically, all asteroids with a minimum orbit intersection distance (MOID) of 0.05 au or less and an absolute magnitude (H) of 22.0 or less are considered PHAs."

The Center for Near-Earth Object Studies, based at NASA’s Jet Propulsion Laboratory, also uses these data to calculate high-precision orbits for all known near-Earth objects and predict future close approaches by them to Earth, as well as the potential for any future impacts by objects from outer space.

The space agency can study the near-Earth object (NEO), due to its close distance/proximity. Near-Earth objects (NEOs) are asteroids and comets that orbit the Sun, but their orbits bring them into Earth's neighbourhood - within 30 million miles of Earth's orbit.

Asteroids are small, rocky objects that orbit the sun. They are leftover from the formation of our solar system.  Although they orbit the sun like planets, they are much smaller than planets. Most of the Asteroids live in the main asteroid belt—a region between the orbits of Mars and Jupiter. About 4.6 billion years ago our solar system began when a big cloud of gas and dust collapsed.

During this, most of the material fell to the centre of the cloud and formed the sun. Some of the condensing dust in the cloud became planets. The objects in the asteroid belt never had the chance to be incorporated into planets. They are leftovers from that time long ago when planets formed.