The madhouse of reality show Bigg Boss season 11 is raising the temperatures not just inside but even outside. Puneesh, who is the captain right now and Bandgi's love story just picked up pace and like literally! 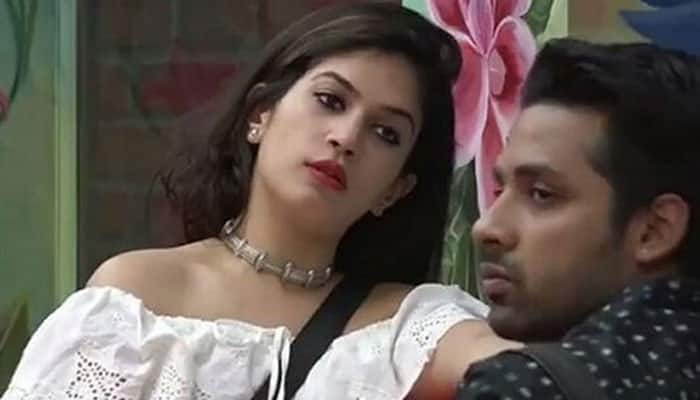 New Delhi: The madhouse of reality show Bigg Boss season 11 is raising the temperatures not just inside but even outside. Puneesh, who is the captain right now and Bandgi's love story just picked up pace and like literally!

We saw on Weekend Ka Vaar episode that the two kissed each other as soon as the lights went off. But apparently it didn't end there, last night's episode showed that the kiss was long enough and then in the morning the two were seen having a conversation about it.

Bandgi asks Puneesh whether all of it will be shown in the episode or not. And yes, it all seemed as if she is trying too hard to act innocent as if she knew nothing about the show or cameras dancing on their head.

She questioned Puneesh that why didn't stop if he had a clue about cameras recording everything during the night. To this Delhi ka ladka Puneesh said, obviously there are 75 cameras and everything gets recorded. I can't do anything about it. Adding that there is nothing to hide or be scared about as it was just a peck. But Bandgi said no, it was a proper kiss and not just a peck.

Oblivious to the fact that there are other inmates living in the house, these lovebirds acted as if none if watching them or ever going to know about what happened last night. However, they were wrong.

Priyank, Hina, Hiten and Benafsha were seen talking as to each other about how close these two got last night. Towards the end of the episode, we were shown how once again Puneesh and Bandgi get cosy while Hina, Priyank and Sabyasachi watched them as the light went off.

Hina could be heard saying several times as to how 'insane' this is. She expressed her displeasure about how can they do such stuff on national television.