During the end of the weekend ka vaar episode, Salman revealed the name of the pair that had received the least number of votes. 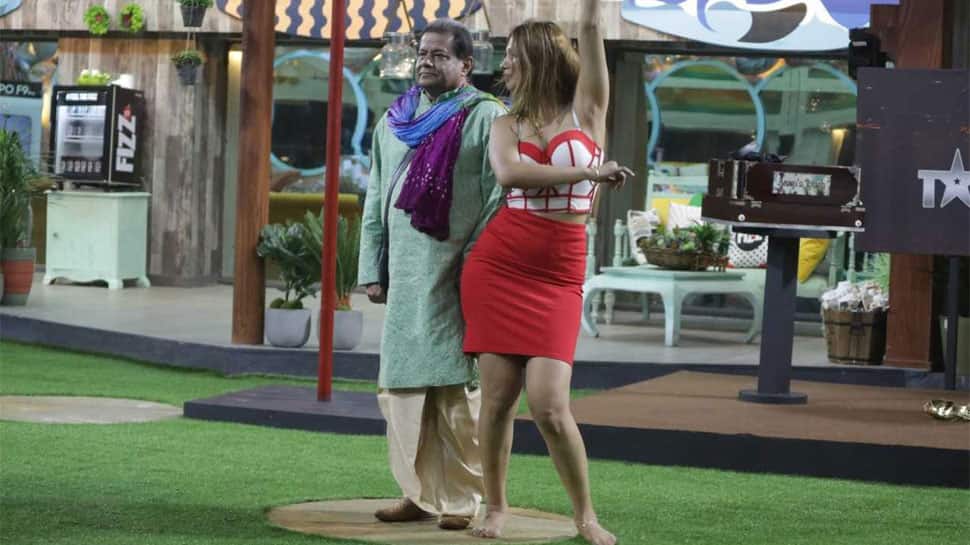 Mumbai: As always, Bigg Boss has come up with a new twist. Four contestants - Sreesanth, Karanvir Bohra, Srishty Rode from the singles and Jasleen Matharu-Anup Jalota from the jodis were nominated for this week's eviction.

During the end of the weekend ka vaar episode, Salman revealed the name of the pair that had received the least number of votes. He took Jasleen and Anup's name but there was a surprise in store! Bigg Boss gave one of them the chance to stay back in the house and mutually decide who would step out.

Jalota volunteers to leave the house and this makes Karanvir and Dipika emotional. But the veteran Bhajan singer is not out of the contest. He has been sent to a secret room to spy on the contestants and Jasleen.

A few days back, Anup had decided to break up with Jasleen after she refused to do away with her makeup and clothes during a task. He was upset because she chose makeup over him.

This broke Jasleen's heart. She was shattered after he decided to call it quits. But the two soon reconciled and even enjoyed a romantic date in the house of Bigg Boss.

Anup Jalota and his partner Jasleen Matharu have been the talk of the town ever since they revealed that they are dating. They left TV viewers and even their co-inmates surprised. The reason why people are amused is that there is a gap of 37 years between the two.

The veteran Bhajan singer is 65 while his Jasleen, his protégé is just 28.

Other contestants are commoners Deepak Thakur and Urvashi Vani (as a pair), friends Sourabh Patel and Shivashish Mishra (as a pair) and Romil Chaudhary and Surbhi Rana (as a pair).