Well, in the recent task called "Locked Out", "Bigg Boss 14" house divided the housemates in two groups and Aly Goni and Rahul Vaidya were in one team. During the task, Rahul got into an argument with Rubina Dilaik. While Aly Goni always prefers to let his friends fight their own battle, this time he jumped in when he saw Abhinav Shukla pushing his friend. 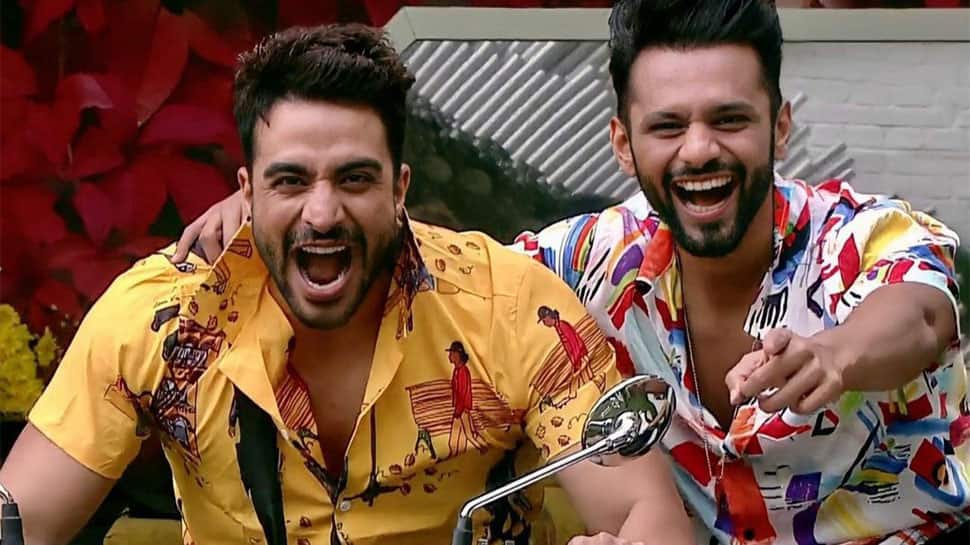 Mumbai: Aly Goni and Rahul Vaidya have been labelled as the new Jai-Veeru of the Bigg Boss house. They have always stood up for each other no matter what the situation is. Be it fighting for Rahul during the captaincy tasks or Rahul taking care of Aly when Jasmin Bhasin left, these two have always supported each other.

Well, in the recent task called "Locked Out", "Bigg Boss 14" divided the housemates in two groups and Aly and Rahul were in one team. During the task, Rahul got into an argument with Rubina Dilaik. While Aly always prefers to let his friends fight their own battle, this time he jumped in when he saw Abhinav Shukla pushing his friend.

He kept on saying "you can't push him" and things got worse when Abhinav pushed Aly at one point. The episode will continue tomorrow and it will be interesting to see how RaLy, the nickname coined by Rahul and Aly's fan for them, gives it back to Rubina and Abhinav. Also, being physical is never accepted in the "Bigg Boss" house, so let's see if host Salman Khan talks about this on the Weekend Ka Vaar episode.

In the previous episode, we saw that "Bigg Boss" took away the ration from the contestants, and gives them only limited quantity of rice, flour etc. He also organises a task where the housemates are asked to select the doll of the contestant who they think breaks most rules in the house. Aly got saved in the task and as a prize, he was allowed to pick eight food items from the mall. Though Aly craved for coffee, he picked tea because most of the housemates are tea-drinkers.

If this doesn't tell you the kind-hearted and compassionate man that he is, then nothing will, and we can't wait to see more of "Sher" Aly.