In tonight’s episode, Rhea tells Sanju that she has mixed drugs in both the drinks on the tray. 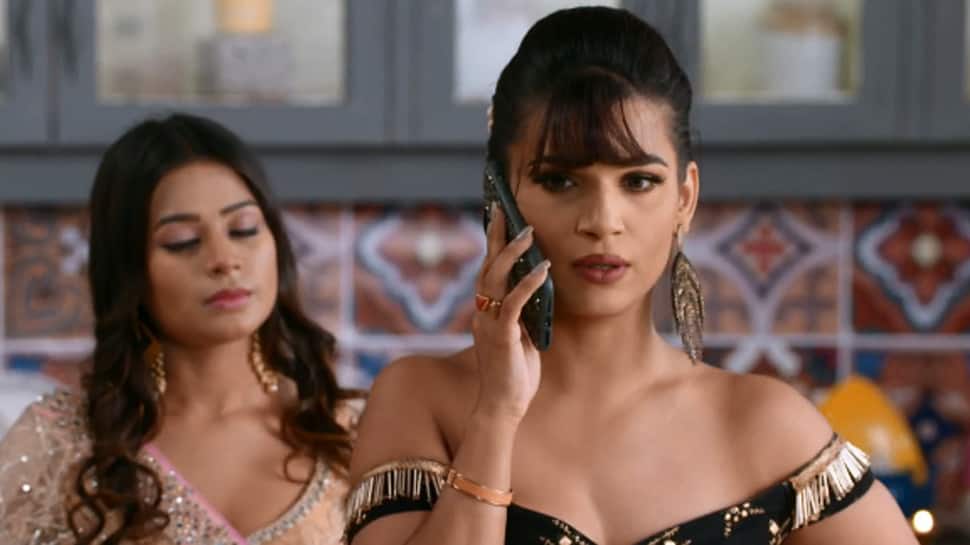 New Delhi: In the episode, as Pragya is worried about Prachi, she decides to go to Mehra mansion herself. Again, Prachi and Ranbir argue over Sanju. Purab heads to Disha house for wishing on Diwali and Aliya notices his car outside. She suspects that Purab has gone to meet Disha and decides to go there and check but Abhi stops her. Prachi refuses the drink offered by Sanju which has been spiked by Rhea, however, Sanju tricks her. Rhea then sends water with mixed drinks to make sure that her plan works this time.

In tonight’s episode, Rhea tells Sanju that she has mixed drugs in both the drinks on the tray. She asks him to make sure that Prachi drinks the juice for sure. She then asks Dimpy to start spreading rumours that Prachi and Sanju are getting close at the party. Dimpy tries telling this to Daadi and Mitali but they refuse to believe her.

Sanju tells Prachi to drink from the glass if she really has forgiven her. Prachi drinks from the glass with drugs in it and quickly becomes drowsy. She holds Sanju for support and Ranbir sees this. Prachi notices a stain on her pallu and says she is going to clean it in one of the washrooms.

Sanju follows Prachi up the stairs into the same bedroom that Prachi and Priyanka had planned. He locks the door behind him and pretends like Prachi spilled water on his kurta. When Prachi goes to the washroom, Sanju takes off his kurta. Rhea puts on the projector saying she is going to show some old videos of Abhi and Aliya.

Abhi goes to Disha’s house and she is happy to see him. Purab is worried when Hritik shows up. Abhi asks Purab why he was not answering his calls earlier. Abhi tells Purab that he is lucky because Aliya found out that Purab was at Disha’s house. Purab is shocked to hear this.

Prachi comes out of the washroom and sees Sanju taking his kurta off. He asks her to help because he feels it’s stuck. Prachi goes to help him but instead slips and falls on the bed because the drugs made her drowsy. Everyone in the house sees Prachi in bed with Sanju on the big projector. How will this incident affect Prachi? Stay tuned to find out.