Mamata, who has been personally monitoring the situation along with top officials from the control room at the secretariat Nabanna, said 1,64,315 persons have been evacuated from low-lying areas on the coast. 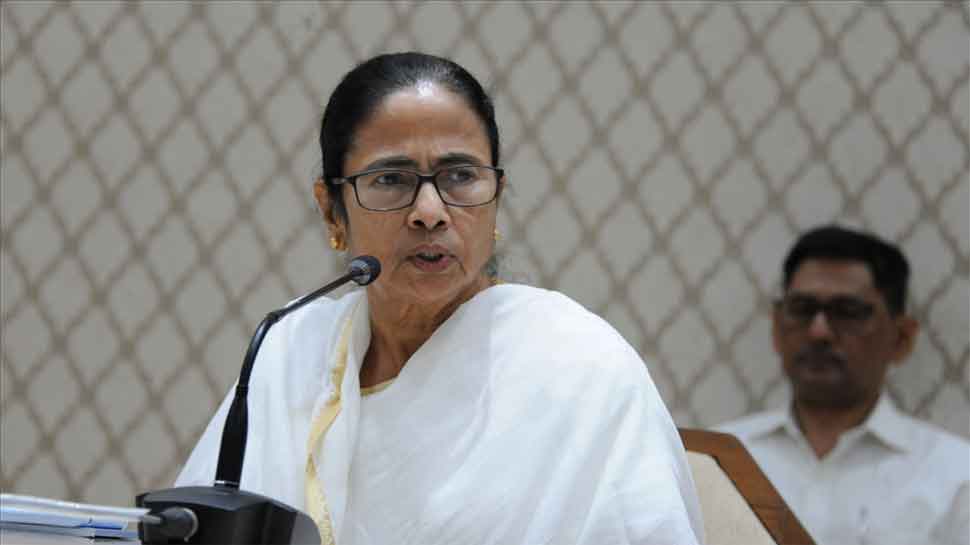 New Delhi: At least three persons were killed, two in West Bengal and one in Odisha, after cyclonic storm 'Bulbul' created havoc in these two states, on Sunday. A woman died and two others were injured in North 24 Parganas district in West Bengal after a tree, uprooted by strong winds, fell into her makeshift house. In Odisha, one person due to due to wall collapse in Rajkanika block of Kendrapara district.

Cyclone Bulbul slammed ashore around 8.30 pm on Saturday near Sagar Island, around 100 km south of Kolkata.

West Bengal Chief Minister Mamata Banerjee postponed her visit to North Bengal visit in the coming week. Taking to Twitter, Mamata announced that she would be taking an aerial survey of the affected areas around Namkhana and Bakkhali on Monday. She said a major part of the cyclone had crossed the state and appealed to the people not to venture outdoors till the situation stabilises completely.

The West Bengal Chief Minister would meet the local officials at Kakdwip and will hold a discussion on rehabilitation measures of the cyclone-affected people.

Meanwhile, PM Narendra Modi spoke to Mamata and assured her all possible assistance. "Reviewed the situation in the wake of cyclone conditions and heavy rain in parts of Eastern India. Spoke to West Bengal CM Mamata Banerjee regarding the situation arising due to Cyclone Bulbul. Assured all possible assistance from the Centre. I pray for everyone's safety and well-being," Modi tweeted today.

After Modi, Union Home Minister Amit Shah also held a telephonic conversation with the Bengal Chief Minister and assured her of all possible help. "Closely monitoring the situation as cyclone Bulbul hits Eastern India. We are continuously in touch with central and state relief agencies. Have spoken to CM@MamataOfficial and have assured all possible help. I pray to almighty for those who are braving out this adverse weather," Shah wrote on Twitter.

There were reports of trees and electric poles being uprooted, roofs giving way and houses and shops suffering damage at several places in the state due to the very strong winds. The power supply was also disrupted in many areas. As many as 38 fishermen who took shelter are reported to be safe in fish landing harbour Talchua near Dhamra, Odisha.

Flight operations in the city's NSCBI airport were suspended from 6 pm on Saturday to 6 am on Sunday to prevent any damage.