18 die in Russia as bus plunges into sea

"Currently we know of 18 dead and 33 people injured in the tragedy," said a statement on the website of the local authorities in Temryuk, a town in Russia`s Krasnodar region. 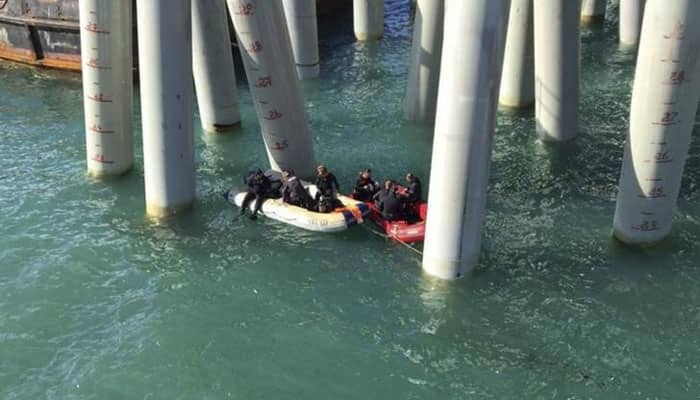 Moscow: Eighteen people died in southern Russia on Friday after a bus carrying construction workers veered off a pier and plunged into the Black Sea.

The bus was carrying people from their shift building a pier for the Tamanneftegaz oil company in the port of Taman when the accident happened.

"Currently we know of 18 dead and 33 people injured in the tragedy," said a statement on the website of the local authorities in Temryuk, a town in Russia`s Krasnodar region.

All of those injured were hospitalised and five are in serious condition after the bus fell into the water from a height of four metres, the statement added.

A spokesman for OTEKO, a conglomerate which owns Tamanneftegaz, told Interfax that the bus was carrying people who were working on the company`s construction site but who were not employed by the company directly.

He said the bus did not belong to the company.
In a statement, OTEKO`s deputy director Irina Trifonova called the accident a "terrible tragedy".

Russia`s Investigative Committee said in a statement it had launched a probe into violation of traffic rules and providing unsafe services and was looking into the technical condition of the bus.

The accident occurred on the Taman peninsula on the Black Sea near the Strait of Kerch that flows between Russia and the Crimean peninsula, which was annexed from Ukraine in 2014.