The cybernetic tools pull out the most intimate details of the people's life into a huge database and that becomes the basis for local authorities to believe that they can predict who may commit a crime in the future. 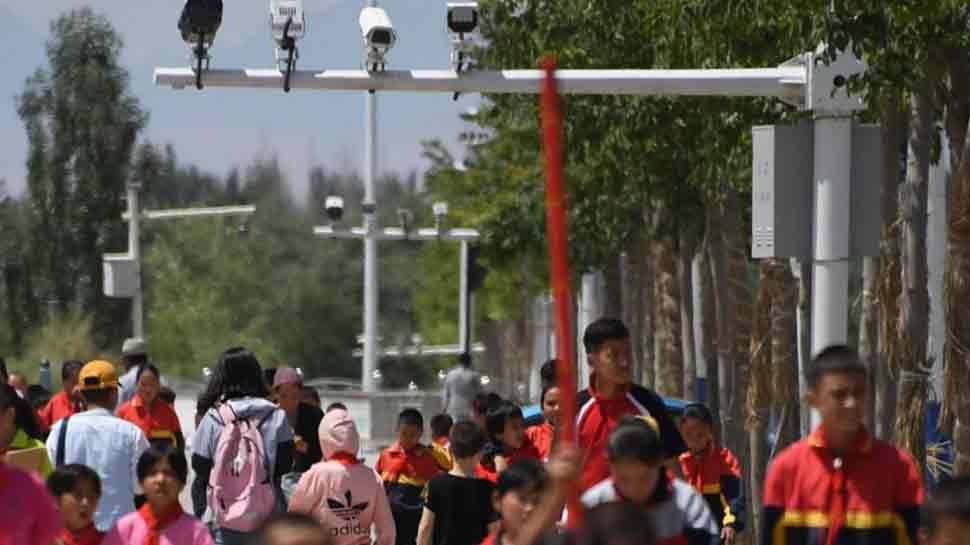 The China Cables, obtained by the International Consortium of Investigative Journalists, reveal about the camps in which more than a million Uighurs and other ethnic minorities are understood to be detained. This is for the first time a document outlining the camps has been leaked.

In an exclusive Skype interview with Fergus Shiel, Project manager of China Cables, Saurabh Bose of WION asks about the classified intelligence briefings that reveal about the scope and ambition of Chines govt's AI-based policing platform. Excerpts:

1. How is China Cables different from other exposes, including the latest NYT expose?
Two things differentiate China Cables from previously investigations, that an operation manual has revealed the camps in which more than a million Uighurs and other ethnic minorities are understood to be detained. The NYT had policy settings of these camps, anecdotal reports, satellite images, but this is the very first time that a document outlining the camps have been leaked we understand that it is the first document of it's kind to come out of China for the last thirty years because of it's classification level.

The second thing that we can say about it is, that the time ever the surveillance platform and it's sweep been revealed in such details. We have one document which is the operational manual for the camps where more than a million Uighurs are believed to be detained. We also have four(bulletins) directives from the Chief security person in Xinjiang outlining the kind of data which is used as the basis for detaining the person without charge, without judicial process. And the smallest thing can get you detained, in 2017 one week alone 15,000 people were detained according to the bulletins and many of those people were detained because of an app on the phone, visa to travel outside the country or returned to the country or mere suspicion of the behaviour which the govt considers unacceptable.

Q2. What do the classified intelligence briefings reveal about the scope and ambition of Chines govt's AI-based policing platform? Do you think the AI platform is trying arrests as pre-crime prevention efforts and does the Xinjiang police take these orders directly from IJOP or cybernetic?
The cybernetic tools pull out the most intimate details of the people's life into a huge database and that becomes the basis for local authorities to believe that they can predict who may commit a crime in the future.

Q3. Is there evidence that can link him to Xi?
What we know is that Xi Jinping authorised in speeches and in directions after some horrific terror attacks in Xinjiang and the response from Chinese authorities have been extraordinarily sweeping. Xinjiang authorities with the approval and encouragement of Beijing have detained more than a million people. There are 11 million Uighurs in Xinjian. Basically, every family has someone who has disappeared into camps. Documents that we have show that once they are in the camps they have to learn Mandarin, forced to learn Chinese law we are not sure what that means. Essentially it is targetting of ethnic minorities in order to socially re-engineer them. China says the reason to do this is to prevent terrorism and to re-educate impoverished community, but what our documents show is that people who are never suspected of terrorism, people who have never committed a crime, more than a million people who have never committed a crime have been detained nevertheless.

Once they are in the camps the regiment that they suffer under is really rigorous, they are guarded by police stations, cameras. The detainees must use the same seat every day must line up in the same way, every day.

Q4. What are the differences between the 3 categories of security zones?
According to the Chinese govt, the camps are entirely designed to retrain, reskill impoverished people to improve themselves but in reality,the documents show they are prisons, where you are put right off the street without going through a judicial process.

We also know that there are three levels of security inside the camps. The detainees/trainees find themselves either in minimum, medium or maximum-security jails. And in order to be freed from the camps, you have to be in minimum security, so if you are in maximum security you will spend longer time in the camp and we also know from the documents that they should stay for a year in the camps and after that, they should be retrained but in effect we have spoken to 40 Uighurs who had stayed in the camps we know that is not accurate and some have spent less time and some more time there. The manual states they have to stay for one year but in reality, it could be more or less than one year.

Q5. What do you infer from the creepy section on manners, change of clothes?
We understand from experts that many of Han Chinese view Uighurs as less cosmopolitan, less modern than they are. Consequently, we see in the documents is this bizarre, chilling, horrific effort to retrain, reengineer a huge community of more than a million people in basic hygiene.

We learned from former detainees that conditions are so awful that some of the dormitories are crowded, there are one or two commodes so that people who want to go to toilet in the night are forced to use very few facilities. One of the oddest and most chilling aspects is that people have two to three minutes in the toilet, so even the toilet time is regulated. The way you sleep is regulated, they are told that they can sleep only on one side, so camp guards tell them where to sit, where to line up , where to sleep, how long can they can go to the toilet. They monitor them with facial recognition, they take away their phones. They are not allowed to contact friends or families. And this is called by Chines govt as free and voluntary camps but everything in the manual and what we have learned from talking to former inmates that this is in fact not the case.

Q6. How local authorities are targeting Uighurs?
IJOR has 4 bulletins(directives) essentially to collect data. It is mass surveillance Uighurs and other ethnic minorities in Xinjiang, what they say amongst other things that people who have a certain app on their phones can be targetted, detained, people who leave the country , the people who come back into the country , people who apply for visa , connections with people overseas or if you try to bypass the firewall to contact people overseas so essentially anyone who has connection to the outside world from Xinjiang is immediately suspect and can be targetted for detention. and we know the huge number of people detained something like more than 15,000 people in one week of June 2017 were detained, that is not fanciful not exaggerated but real, they are targeting everyone and viewing everyone with suspicion.

Q7. What is the evidence against the role of Chinese embassies in tracking Uighurs?
All we can tell the Uighurs that we have spoken with abroad in Ireland, Turkey, Netherland, Germany, and Canada.
What they all say is that only their friends and family being monitored in Xinjiang but also have their local embassy monitoring them, that they are frightened whether it is Melbourne, Berlin or it's Dublin or Toronto they worry that their Chinese embassy is monitoring them

Q8. What is the number of non-Chinese or foreign citizens in these prisons?
Oh Yes we think so, I think the figure is like forty-eight Australian Uighurs in detention camps and it makes sense as that documents say that people who are under target are people who have visas for other countries so it makes sense, these are people with dual nationalities who are in the camps. Nobody knows the exact number of people in the camps, what we do know is that human rights groups, overseas govt have said that it is one million but some people expect it to be more than two million. To give an example in India it will be the city with a  size of the equivalent to Varanasi, so it is what you are to talking about.  You have to back in history to World War two to find anything similar. You see almost one-tenth of the community disappears in detention camps.