The EU-backed International Contact Group on Venezuela in its inaugural meeting in the Uruguayan capital of Montevideo this week said overly forceful intervention could aggravate the crisis. 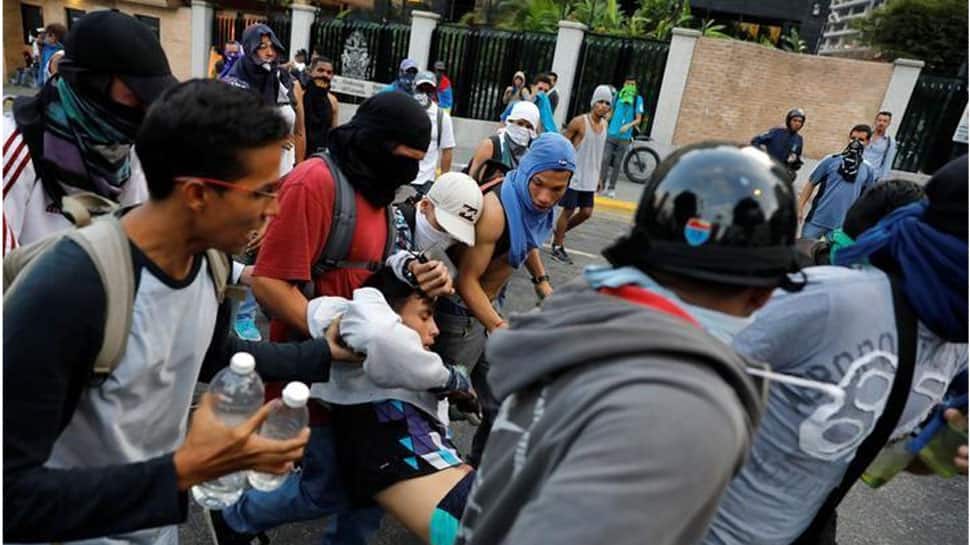 BEIJING: Venezuela should resolve its own matters itself via peaceful talks and China supports the international community`s efforts in this regard, the Chinese foreign ministry said.

About 20 European Union nations including Britain, Germany, France and Spain have aligned with the United States in recognising Juan Guaido as Venezuela`s interim president and pressuring socialist President Nicolas Maduro to call a new election.

Offering a counter-point to Washington`s hard-line stance, the EU and a group of Latin American governments that has kept a moderate line on Venezuela called for dialogue and fresh elections. The EU-backed International Contact Group on Venezuela in its inaugural meeting in the Uruguayan capital of Montevideo this week said overly forceful intervention could aggravate the crisis.

Responding to that meeting, China`s foreign ministry said in a statement late on Friday that China supported the efforts of the international community on the peaceful settlement of the Venezuela issue and hoped all parties would continue to play a constructive role.

"Venezuela`s affairs should be resolved by its people within the framework of the constitution and the law through peaceful dialogue and political channels," the ministry said. "Only this way can Venezuela realising lasting stability."

China has lent more than $50 billion to Venezuela through oil-for-loan agreements over the past decade, securing energy supplies for its fast-growing economy. But the financing dried up as the South American country`s economy began spiralling downward in 2015, pressured by plummeting oil prices.

Guaido has said a change in government in Venezuela would favour its two main foreign creditors Russia and China, and that he has sent communications to both countries, which have close relations with Maduro`s government.