A car bomb exploded at the hotel where local elders and lawmakers were having a meeting on Friday night, and then three gunmen stormed in, police said. 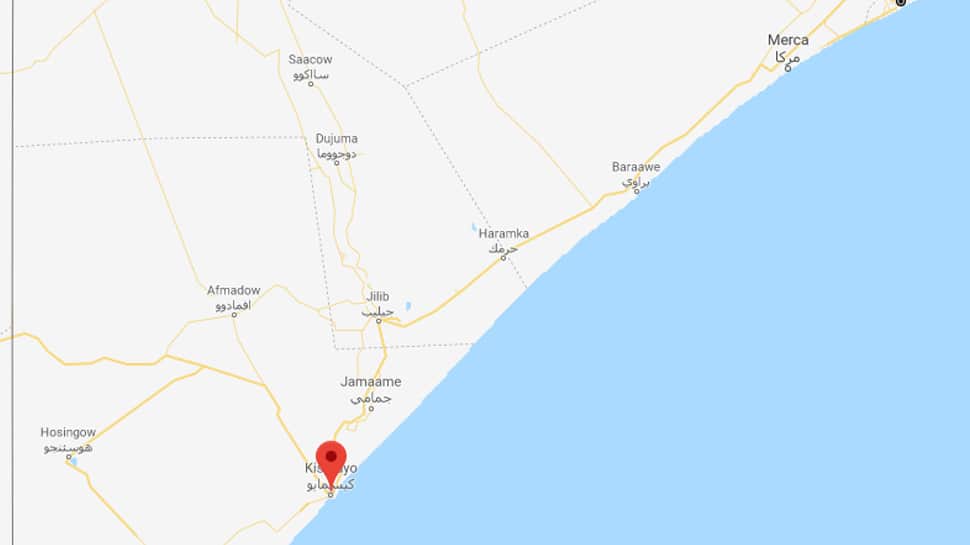 MOGADISHU/GAROWE: Islamist gunmen killed 26 people, including Kenyans, Americans, a Briton and Tanzanians, when they stormed a hotel in Somalia`s southern port city of Kismayo, a regional state president said on Saturday, the deadliest day in the city since insurgents were driven out in 2012.

A car bomb exploded at the hotel where local elders and lawmakers were having a meeting on Friday night, and then three gunmen stormed in, police said. It took 11 hours before security forces ended the overnight attack, police officer Major Mohamed Abdi told Reuters.

Abdiasis Abu Musab, the group`s military operation spokesman said on Saturday they had killed 30 people and four of its fighters were also dead. Al Shabaab and government officials tend to give differing casualty numbers for attacks.

Regional president Madobe said that three Kenyans, one Briton, two Americans and three Tanzanians were among those killed. "Among the dead was also a Jubbaland presidential candidate named Shuuriye. Four militants attacked the hotel. One of them was the suicide car bomber, two were shot dead and one was captured alive by Jubbaland security forces," he said. He said 56 people were wounded in the attack, including two Chinese citizens.

Police had said earlier all the attackers had been killed. Kismayo resident Osman Nur told Reuters that the explosion had destroyed huge parts of the hotel and nearby businesses and security forces were deployed all over the city. Another anguished resident said she had lost relatives in the attack.

"I have been looking for the whereabouts of my nephew who worked at the hotel. I got his dead body this morning and have just buried him," Halima Nur, a mother of four, told Reuters by phone. "And this afternoon I will attend the burial of other relatives."

Jubbaland`s minister of planning, Just Aw Hersi, confirmed the deaths of several prominent Somalis on Twitter. He said some of the foreigners also held dual Somali citizenship. "We admit, we are heartbroken by their sudden violent deaths. But rest assured, we are also as mad as hell because of it," he tweeted.

The Somalia office of the UN`s International Organization for Migration said one of its local staff members, Abdifatah Mohamed, was among those killed while SADO Somalia, a local non-governmental organisation, said its executive director Abdullahi Isse Abdulle had died in the attack.

"Through her work as a journalist, Hodan highlighted the community`s positive stories and contributions in Canada. She became a voice for many. We mourn her loss deeply, and all others killed in the #KismayoAttack," Ahmed Hussen, Canada`s Immigration minister, said on Twitter.

Al Shabaab was forced out of Mogadishu in 2011 and has since lost most of its other strongholds. It was driven out of Kismayo in 2012 by Kenyan forces supporting a regional militia headed by Madobe. The city`s port had been a major source of revenue for the group from taxes, charcoal exports and levies on arms and other illegal imports.

Kismayo is the commercial capital of Jubbaland, a region of southern Somalia still partly controlled by al Shabaab. The group remains a major security threat, with fighters frequently carrying out bombings in Somalia and neighbouring Kenya, whose troops form part of the African Union-mandated peacekeeping force that helps defend the Somali government.

Somalia is scheduled to have parliamentary elections this month and presidential elections next month. But relations between the central government and its federal states have sometimes been rocky amid arguments over power and resources.

37 countries, including Pakistan and Saudi, defend China in UN letter over Xinjiang