"In the past one week, since Sunday we have recorded 16 fatalities, 22 reports of missing and 11 cases of injuries in landslide and flooding incidents across the country, "Janakraj Dahal, Spokesperson at the Ministry said. 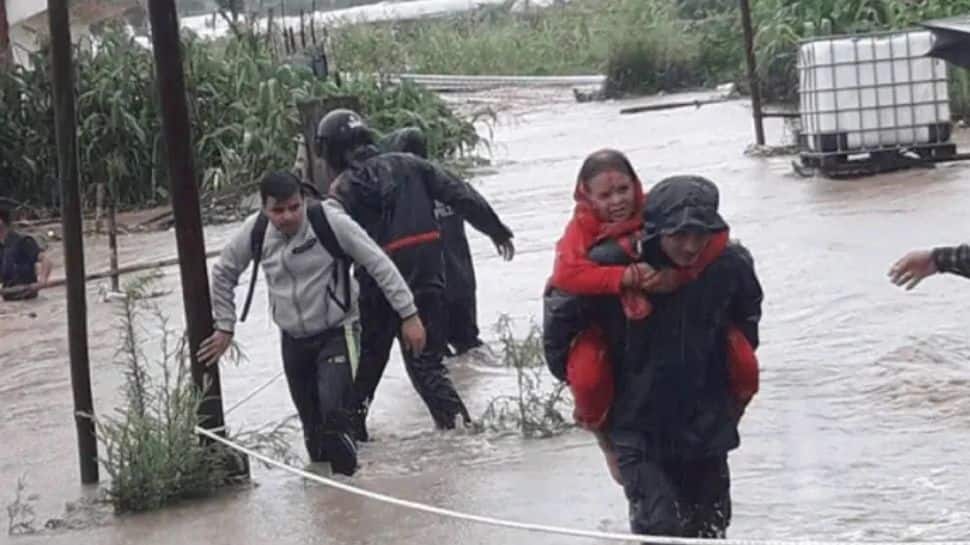 Kathmandu: At least 16 people have died, while 22 are still missing due to flooding and landslide incidents in Nepal since Sunday, as monsoon rain wreaked havoc in the Himalayan Nation.

The Ministry of Home Affairs has recorded the mayhem caused by monsoon rain in over half a dozen districts where 16 people, including three foreign nationals, have lost their lives.

"We are yet to receive a report about the damage to the structures and properties. The Government is now focusing on search, rescue, and providing relief materials to those affected. In the past one week, since Sunday we have recorded 16 fatalities, 22 reports of missing and 11 cases of injuries in landslide and flooding incidents across the country," Janakraj Dahal, Spokesperson at the Ministry told ANI.

As per the ministry, Sindhupalchok and Manang Districts have recorded damage in terms of lives and structures. Till Saturday morning, Lamjung, Myagdi, Mustang, Manang, Palpa, Kalikot, Jumla, Dailekh, Bajura and Bajhang along with Sindhupalchok districts were the most affected areas due to floods and landslide.

Landslides and floods kill hundreds in Nepal every year during the monsoon. With continuing rainfall across the nation, various local administrations have been issuing notices and alerting people to remain safe. Another hilly district of Dolakha, late on Friday night, issued a release warning people living near the Tamakoshi River of a possible flash flood.

Issuing a press statement on Friday night, the District Administration Office (DAO) of Dolakha said, "Landslide after a heavy rain at Rongxia city of Tingri Country in Nepal-China border point has blocked the flow of the river and it is likely to witness a flash flood in Tamakoshi River at any time."

Earlier, meteorologists of Nepal and other South Asian nations had predicted that the monsoon for the year 2021 will arrive earlier than last year and that Nepal and some other Asian countries are expected to receive normal to above-normal rainfall. As per Nepal`s Meteorological Forecasting Division, the monsoon has already hit Nepal from June 1 and it will continue for about three months.