In a first, NASA gets ready to bring rock samples from this planet to Earth

NASA had launched its Mars 2020 Perseverance rover in July and the rover is now more than halfway to the planet. 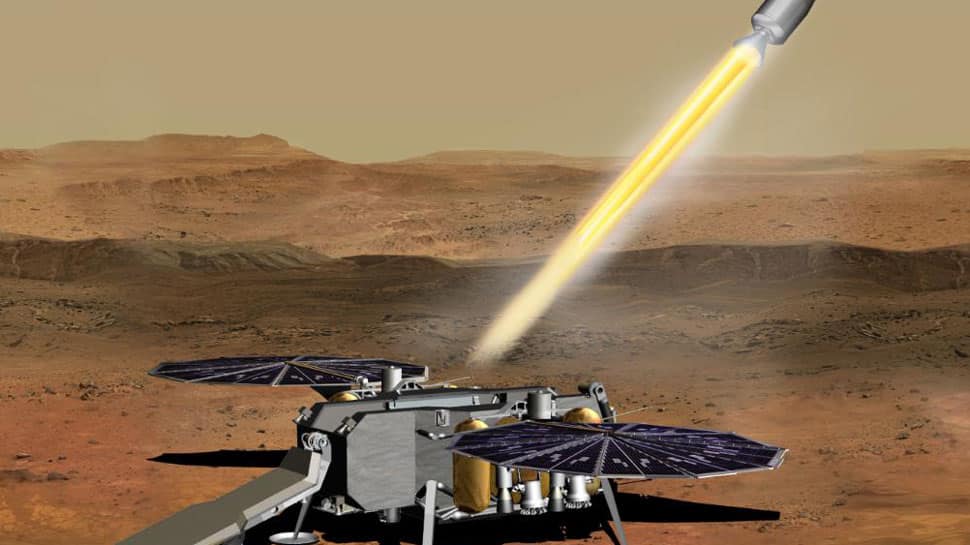 In a historical development, world's premier space agency National Aeronautics and Space Administration (NASA) is going to attempt to bring Mars rock samples back to Earth. The samples will be brought back to Earth in order to help NASA scientists to study about the surface of the Red Planet.

On November 10, an independent review report was released by US-based NASA hinting the agency is all set to undertake its Mars Sample Return (MSR) campaign to bring rock samples from the Red Planet.

"The agency established the MSR Independent Review Board (IRB) to evaluate its early concepts for a groundbreaking, international partnership with ESA (European Space Agency) to return the first samples from another planet," Nasa said in a statement.

We're ready to undertake a new campaign to return the first samples from Mars. This groundbreaking partnership with @ESA will build on decades of scientific advancements and technical progress in Mars exploration: https://t.co/Yrc2Gy1P6H pic.twitter.com/FEifWiYM3U

“After a thorough review of the agency’s planning over the past several years, the IRB unanimously believes that Nasa is now ready to carry out the MSR program, the next step for robotic exploration of Mars," added the statement.

"Aboard Perseverance is a sophisticated sampling system with a coring drill and sample tubes that are the cleanest hardware ever sent to space. Once on Mars, Perseverance aims to cache rock and regolith samples in its collection tubes. It then would leave some of them on the Martian surface for an ESA-provided "fetch" rover to collect and deliver to a Nasa-provided Mars Ascent Vehicle, which then would launch the samples into orbit around Mars," said the statement by Nasa.

"An ESA-provided Earth Return Orbiter would then rendezvous with the samples in orbit around Mars and take them in a highly secure containment capsule for return to Earth in the 2030s," it added.

"I believe this sample return will be well worth the effort and help us answer key astrobiology questions about the Red Planet bringing us one step closer to our eventual goal of sending humans to Mars," said Thomas Zurbuchen, Nasa associate administrator for science at the agency’s headquarters in Washington.