Lots of dead and wounded, smoke in the sky: Witnesses recall Kabul attack which killed over 90

The overwhelmed medical staff were seen struggling to treat bloodied men, women and children who were lying in corridors. 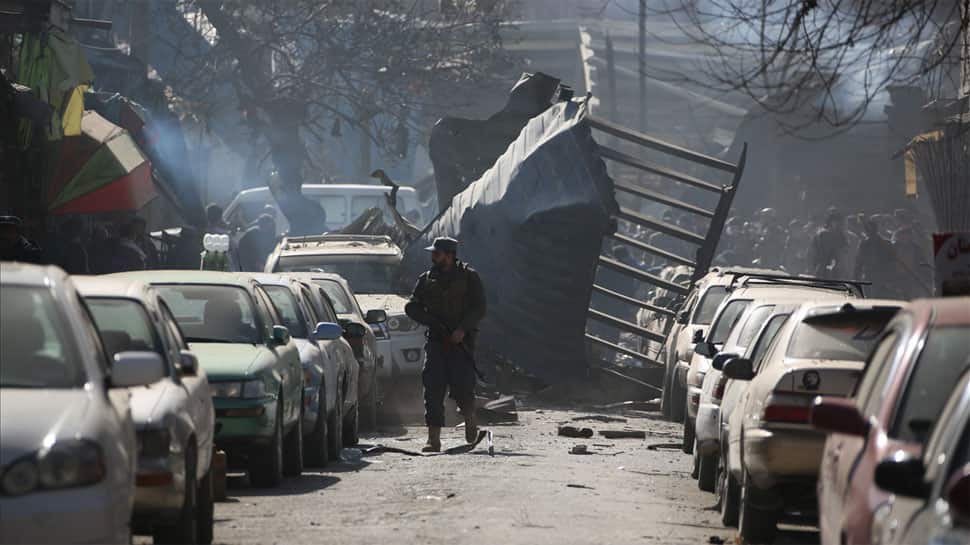 Kabul: A massive blast took place in Kabul on Saturday after an ambulance packed with explosives blew up in a crowded area, killing over 90 people and wounding 160 others

Onlookers claim that they saw "lots of dead and wounded" civilians in the nearby Jamuriate hospital after the blast. The overwhelmed medical staff were seen struggling to treat bloodied men, women and children who were lying in corridors.

The intensity of the blast was such that it shook windows of buildings at least two kilometres away and shattered windows within hundreds of metres of the site. Some low-rise structures in the vicinity of the explosion also collapsed.

Aminullah, whose stationery shop is a just metres from the site of the blast, said the force of the explosion shook the foundations of his building. "The building shook. All our windows broke. The people are in shock in our market," he said.

The blast triggered chaotic scenes with terrified people rushing to safety and moving away from the blast site, the area where several high-profile organisations, including the European Union, have offices. 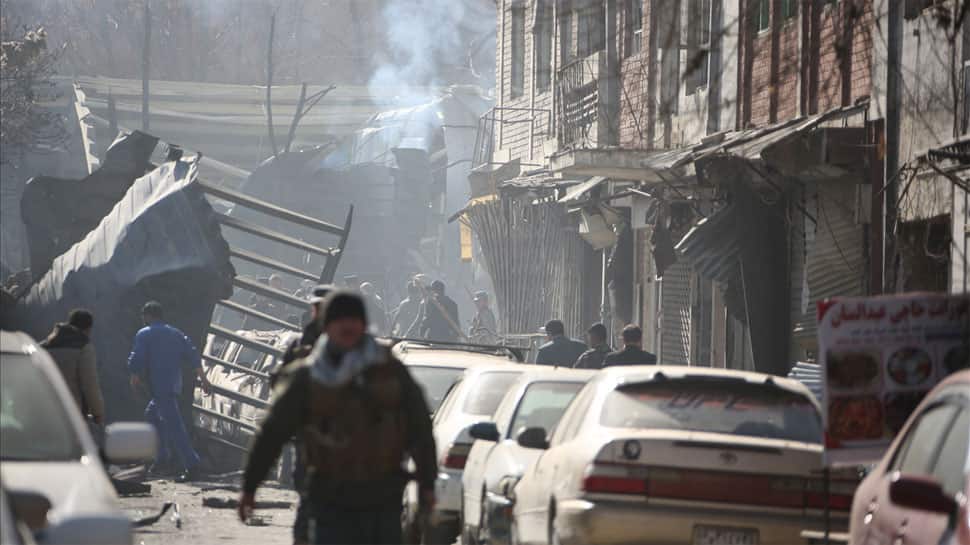 Civilians were seen walking through debris-covered streets carrying wounded people on their backs as others loaded several bodies at a time into ambulances and private cars to take them to medical facilities around the city.

"The suicide bomber used an ambulance to pass through the checkpoints. He passed through the first checkpoint saying he was taking a patient to Jamuriate hospital and at the second checkpoint he was recognised and blew his explosive-laden car," interior ministry deputy spokesman Nasrat Rahimi said.

Photos shared on social media purportedly of the blast showed a huge plume of smoke rising into the sky.

A man who was passing from the area when the blast took place says: "I heard a big bang and I fainted," he said, outside the Emergency hospital. There were dozens of people who were killed and wounded. There were pools of blood." "It is a massacre," said Dejan Panic, coordinator in Afghanistan for the Italian aid group Emergency, which runs a nearby trauma hospital.

Taliban has claimed responsibility for the attack which is believed to be the biggest since a truck bomb ripped through the Afghan capital's diplomatic quarter on May 31 last year.

The explosion happened in a busy part of the city where the High Peace Council, which is charged with negotiating with the Taliban, has offices.

"It targeted our checkpoint. It was really huge -- all our windows are broken. So far we don't have any reports if any of our members are wounded or killed," Hassina Safi, a member of High Peace Council said.

The explosion comes exactly a week after Taliban militants stormed a luxury hotel in Kabul, killing at least 22 people, the majority foreigners.

A security alert issued to foreigners on Saturday morning had warned that the Islamic State group, which has terrorised the city in recent months, was planning "to conduct aggressive attacks" on supermarkets, shops and hotels frequented by foreigners.

Irish PM says he will campaign for liberalisation of abortion laws