More than 730,000 Rohingya fled Myanmar to Bangladesh in 2017 to escape a military-led crackdown that U.N investigators have said was carried out with “genocidal intent” and included mass killings and rapes. 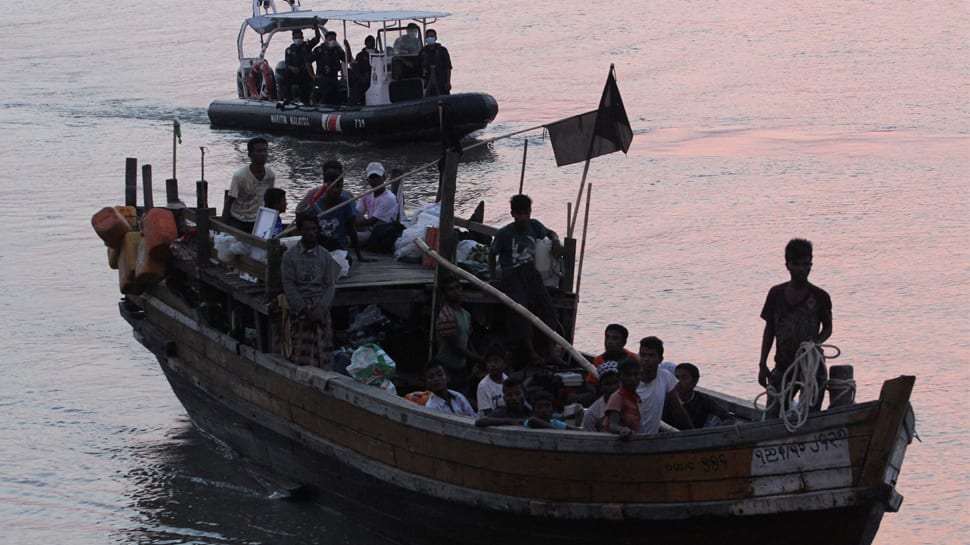 YANGON: Myanmar authorities detained 173 ethnic Rohingya aboard a boat off the southern coast, authorities said on Tuesday, amid signs that more members of the Muslim minority group are making perilous sea voyages to escape persecution. The navy seized the vessel carrying the group, including 22 children, in Tanintharyi Division’s Kawthaung township on Sunday, said military spokesman Tun Tun Nyi. “Our navy found them on a suspicious boat in the sea,” he told Reuters by phone. “The police will proceed according to the law.”

More than 730,000 Rohingya fled Myanmar to Bangladesh in 2017 to escape a military-led crackdown that U.N investigators have said was carried out with “genocidal intent” and included mass killings and rapes. Some 600,000 remain in largely Buddhist Myanmar, confined to camps and villages in the western Rakhine state where they are unable to travel freely or access healthcare and education. For years, Rohingya on both sides of the border have boarded boats organized by smugglers in the dry months between November and March, when the sea is calm.

The dangerous journey to Thailand and Malaysia, often undertaken in overcrowded, rickety vessels, has cost many lives. The exodus peaked in 2015 when an estimated 25,000 people crossed the Andaman Sea, many drowning in unsafe and overloaded boats. But smuggling has continued. Myat Thu, assistant director of Kawthaung township’s administrative office, said it was not yet clear whether the group arrested on Sunday set sail from Myanmar or Bangladesh.

“Now we keep them at an island in Kawthaung in the sea, with security guards,” he told Reuters by phone. “We are making sure that all of their human rights are protected.” Bangladesh coast guard official Saiful Islam told Reuters they were unaware of any boats leaving the camps for Myanmar.

“If we had such information, we would have stopped them,” he said by phone. More than 90 Rohingya including 23 children found on a beach in the Irrawaddy delta region after boarding a boat from Rakhine appeared in a Myanmar court on December 11 to face charges of travelling illegally.

Hundreds have been imprisoned in jails and youth detention centres across the country. “It shouldn’t be that way,” Muslim leader Wunna Shwe, joint-secretary of the Islamic Religious Affairs Council in Myanmar, told Reuters. “The government must examine their citizenship and grant citizenship to those who are eligible. It will be difficult to solve this issue without recognizing the rights of the people in the existing camps.”

Death sentence to Pervez Musharraf: Timeline of the treason case