Tulsi Gabbard, first Hindu in US Congress, to run for president against Donald Trump in 2020 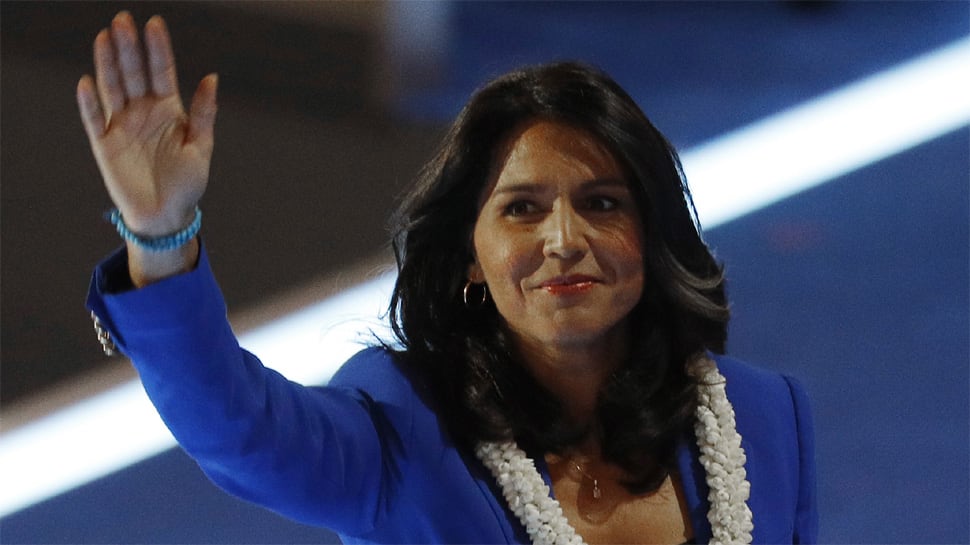 WASHINGTON: Democratic US Representative Tulsi Gabbard of Hawaii said in remarks aired by CNN on Friday that she will run for president in 2020, becoming the latest member of her party to pursue a challenge to Republican President Donald Trump.

"I have decided to run and will be making a formal announcement within the next week," Gabbard, a liberal 37-year-old Iraq War veteran as well as the first Hindu and first Samoan-American elected to the US Congress, told CNN.

US Senator Elizabeth Warren of Massachusetts on December 31 announced she had formed an exploratory committee for a White House run in what is expected to be a crowded Democratic primary field before the November 2020 presidential election. Gabbard said "the issue of war and peace" would be the main focus of her campaign.

Her office did not immediately respond to a request for comment.

In the race to pick a candidate to run against Trump, Democrats will grapple with the tension between the party`s establishment and liberal wings that flared during the 2016 state-by-state nominating contests between former Secretary of State Hillary Clinton and Senator Bernie Sanders, an independent who ran under the Democratic banner.

Gabbard made headlines in 2016 by quitting a leadership post at the Democratic National Committee over the party`s decision to limit the number of debates between Clinton and Sanders, with analysts believing fewer debates benefited Clinton. Clinton ultimately won the Democratic nomination but lost to Trump.

The congresswoman then endorsed Sanders for president, becoming one of the few members of Congress to do so. Gabbard remains popular with some liberals but will have serious competition with other candidates on the left flank of the party.

Gabbard has also drawn criticism for secretly meeting with Syria`s President Bashar al-Assad, whose removal from power she opposes, during a 2017 trip to the war-ravaged country.