At least two people lost their lives and a hundred were injured after a storm hit Nepal`s Kailali and Kanchanpur districts in the Far-Western Development Region on Thursday evening. 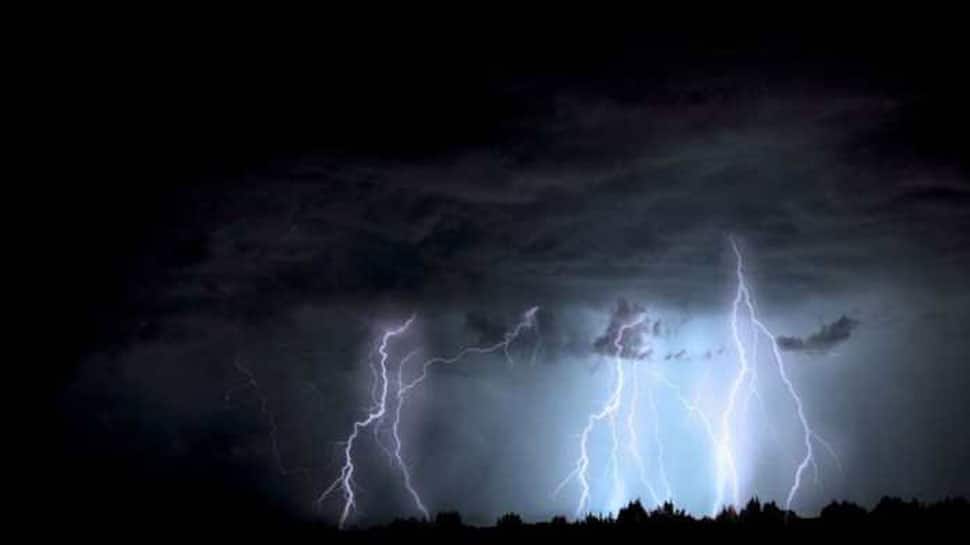 Kathmandu: At least two people lost their lives and a hundred were injured after a storm hit Nepal`s Kailali and Kanchanpur districts in the Far-Western Development Region on Thursday evening.

While 77 people were wounded due to the storms in Kailali, 23 people have been injured in Kanchanpur, taking the total count up to a hundred."Two people are confirmed dead and over 77 are injured as the storm hit the district on Thursday evening," the Chief District Officer of Kailali district, Yagyaraj Bohara, confirmed to ANI over the phone.

The dead were identified as 47-year-old Lahanu Chaudhary and Birbahadur Chaudhary, whose age is yet to be determined."We have already started an assessment of the damage caused by the storm last evening. The search and rescue operation is over now. Out of the 77 injured, four are in a critical condition and currently undergoing treatment at hospitals like the Seti Zonal Hospital," CDO Bohara added.

Several electricity polls were damaged while trees were uprooted due to the strong winds, followed by heavy rainfall. This has led to highways being blocked, along with causing a disruption to the electricity supply.

"A total of 23 people are injured in Kanchanpur district. Out of the injured people, eight have been referred to Seti Zonal Hospital for further treatment. An 11-year-old girl, who was seriously injured, continues to be in a critical condition," Deputy Chief District Officer, Gokarna Prasad Upadhyaya, told ANI via telephone.

Educational institutions in both districts remained closed on Friday due to the devastation caused by the storms. A large number of schools have borne damage, which has restricted their operations.

Nepal`s capital, Kathmandu, also witnessed strong winds followed by heavy rainfall on Friday morning. No casualties have been reported yet.