New Zealand on Thursday unveiled a $2.5-billion spending package under a much-hyped `Wellbeing` budget, prioritising mental health and alleviating child poverty, but it expects a smaller surplus and slower economic growth over the next year. Much of the excitement around the budget, touted as a world`s first that measures broader living goals, was dampened amid a national furore over hacking accusations after details were leaked ahead of its release. The opposition has called for heads to roll over the blunder. 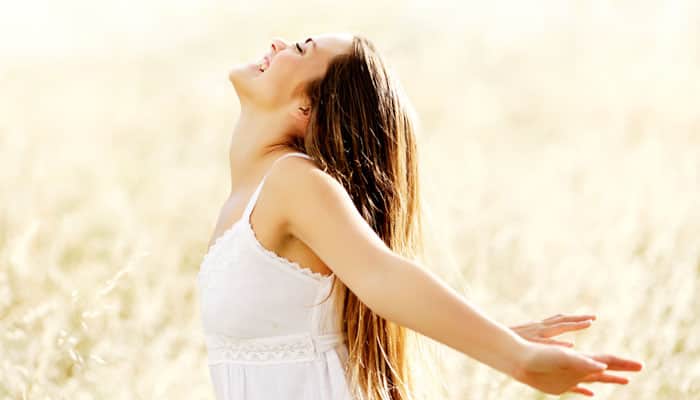 WELLINGTON: New Zealand on Thursday unveiled a $2.5-billion spending package under a much-hyped `Wellbeing` budget, prioritising mental health and alleviating child poverty, but it expects a smaller surplus and slower economic growth over the next year. Much of the excitement around the budget, touted as a world`s first that measures broader living goals, was dampened amid a national furore over hacking accusations after details were leaked ahead of its release. The opposition has called for heads to roll over the blunder.

“Today’s budget shows you can be both economically responsible and kind," Prime Minister Jacinda Ardern said after the budget was released. The budget increases the annual operating allowance for new spending to NZ$3.8 billion (US$2.48 billion) per year over the four-year forecast period, from a forecast NZ$2.4 billion in the previous budget.

About NZ$1.9 billion was slated for mental health services over that period, a key issue for the government with New Zealand still having one of the highest suicide rates in the world. NZ$1.1 billion was set aside towards reducing child poverty. The Labour-led government also allocated funds for tackling domestic violence, and for infrastructure projects like rail, hospitals and schools.

"We are measuring our country`s success differently," said Finance minister Grant Robertson. "We are not just relying on gross domestic product (GDP), but also how we are improving the wellbeing of our people, protecting the environment and strengthening of our communities."  The operating allowance for budget 2020 has also increased to $3.0 billion from $2.4 billion.

The national rail service, KiwiRail, was given a NZ$1 billion boost. The Treasury department, however, downgraded its gross domestic product forecasts to 2.1% in the year ending June 30, 2019, compared to 2.9% predicted in December, hurt by a cooling global economy and slackening domestic consumption.

GDP was forecast at 3.2% in fiscal 2020, and was seen averaging at about 2.6 percent over the forecast four-year period. Net debt was also forecast to rise slightly above 20% of the GDP, before dropping to 19.9 per cent in 2022.

Robertson warned the economy faces continuing risks from the U.S.-China trade disputes and Britain`s exit from the European Union. The budget forecast an operating surplus of NZ$3.5 billion for the year ending June, up from NZ$1.7 billion forecast in December, but is then expected to narrow to NZ$1.3 billion in 12-months to June 2020.

Ratings firm S&P said the new spending on health, housing, education, defence, and general welfare will increase core expenses by about 1% of GDP per year compared to the treasury`s forecasts in December.  The budget included NZ$150 million for a gun buy-back scheme that was introduced after a mass shooting at mosques in Christchurch earlier this year.

Despite enjoying a `rockstar` economy for years, some New Zealanders have felt left behind due to the rising inequality.
Ardern, the popular 38-year-old Prime Minister, came to power in 2017 with an agenda of social justice and promising to make the economy "work for all New Zealanders".

Some questioned whether the budget had lived up to the government`s stated goals to transform the economy and pointed out that the spending increase was still relatively modest as the government stuck firmly to its targets of paying down debt. Referring to the leak of budget details, opposition National party called it a "botched budget", and questioned allocation for defence that do not come under the wellbeing approach.

"Families want more money in their weekly budgets for food, petrol and rent. Instead, their taxes are going towards rail, the defence force and trees," said National Party leader Simon Bridges.  Critics, many in the Labour`s left-wing base, already felt the government has already missed key opportunities to fulfil its transformative goals.

"They have spent on their priorities that they stated they would but I just don`t get the sense that its the transformation that we have been promised," said Ganesh Nana, chief economist at Wellington economic think tank BERL. Ardern made a surprise U-turn in April by ruling out a capital gains tax during her tenure, long a Labour policy to tackle wealth inequality.

Tens of thousands of New Zealand teachers staged the country`s largest strike on Wednesday, and doctors, nurses and others also threatening industrial action this year for higher pay and shorter hours. "Moving the dial, meaningfully, on Kiwi wellbeing may take 5-10 years, and they`ll be quizzed every budget," said Kiwibank Chief Economist Jarrod Kerr. "The aspirations in the budget are grand, and respected. But it’s all about long-term execution in a short-sighted political world."