US forces in 2001 toppled the country`s hardline Islamic leaders for harboring the al Qaeda militants responsible for the Sept. 11 attacks that killed about 3,000 people. 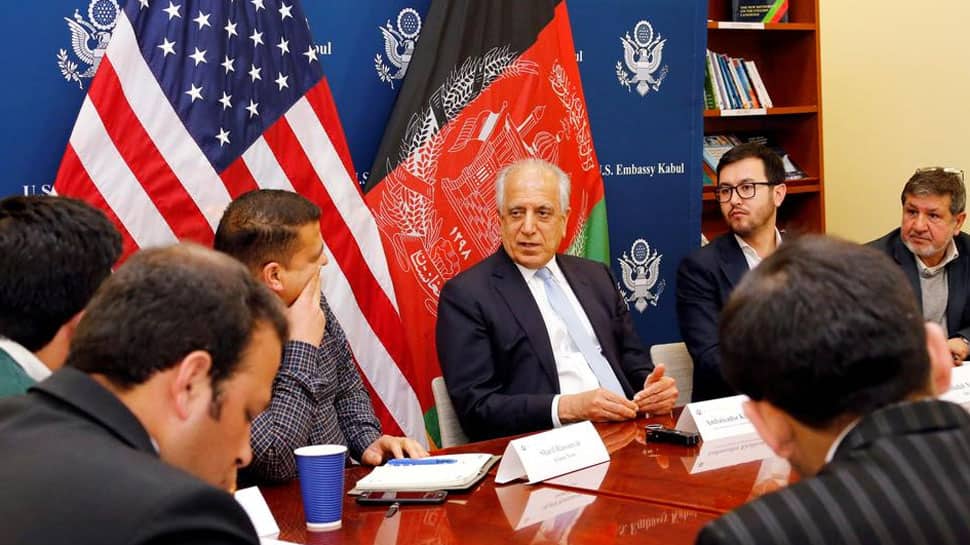 WASHINGTON: The United States and the Taliban have sketched the outlines for an eventual peace accord to end 17 years of war in Afghanistan, a United States special envoy said on Monday, but there was no sign the insurgent group had accepted key US demands.

"We have a draft of the framework that has to be fleshed out before it becomes an agreement," US special peace envoy Zalmay Khalilzad told the New York Times in an interview in Kabul after six days of talks with the Taliban.

"The Taliban have committed, to our satisfaction, to do what is necessary that would prevent Afghanistan from ever becoming a platform for international terrorist groups or individuals." There was no sign, however, that the Taliban had agreed to US demands such as committing to a ceasefire before the withdrawal of US troops or that it engage in direct talks with the US-backed government in Kabul, analysts said.

"While the progress in Doha has been the most significant to date, reaching a final agreement is far from guaranteed, as (these) two major sticking points could still derail the process," Ahmad Majidyar, a fellow at the Middle East Institute, wrote on the Washington think tank`s website.

Another US official in Kabul, who spoke to Reuters on condition of anonymity, described "significant progress" in the talks in Qatar, but said more negotiations were needed on the issue of the timing of the ceasefire, which looms as a sticking point in the next round of talks on Feb. 25.

"Our goal is to help bring peace in Afghanistan and we would like a future partnership, newly defined with a post-peace government," the official said. "We would like to leave a good legacy." US forces in 2001 toppled the country`s hardline Islamic leaders for harboring the al Qaeda militants responsible for the Sept. 11 attacks that killed about 3,000 people.

A senior Trump administration official who also spoke on condition of anonymity said the Taliban would have to agree to talk to the government in Kabul to make a lasting deal. "The president has made clear that his priority is ending the war in Afghanistan with an agreement that ensures the country never again serves as a base for terrorists to attack the US or any other country," the official said.

"To achieve such an agreement, the Taliban must engage with other Afghans and all sides must agree to resolve their differences through peaceful means," he added. Taliban officials have repeatedly refused to talk to the Afghan government, which they regard as a US puppet, throwing into question how effective a peace deal could be. The Taliban do want, however, to join an interim government post-deal.

A State Department spokesman said that while the talks were "positive," no agreement was reached and "a number of issues remain on the table ... including an intra-Afghan dialogue and comprehensive ceasefire."

"These are integral to a negotiated political settlement," said the spokesman on condition of anonymity. Acting US Defense Secretary Patrick Shanahan told reporters outside the Pentagon he had been briefed on the talks but had not been asked to plan for a full withdrawal of troops.

"It`s encouraging," Shanahan said of the talks. Asked whether he had been tasked with planning a complete withdrawal from Afghanistan, he said: "I have not. "Despite the presence of US-led foreign forces training, advising and assisting their Afghan counterparts, the Taliban control nearly half of Afghanistan and stage near-daily attacks against the government and its security forces.

Afghan President Ashraf Ghani said last week that 45,000 members of the country`s security forces had been killed since he took office in 2014. A US official said in December that President Donald Trump was planning to withdraw more than 5,000 of the 14,000 U.S. troops in Afghanistan, the latest sign of his thinning patience with America`s longest war and overseas military interventions. Trump last month decided to pull US troops out of Syria as well.