A leader from the ruling PTI party in Pakistan lost his cool during a live TV news debate in what comes as a major embarrassment for Imran Khan. 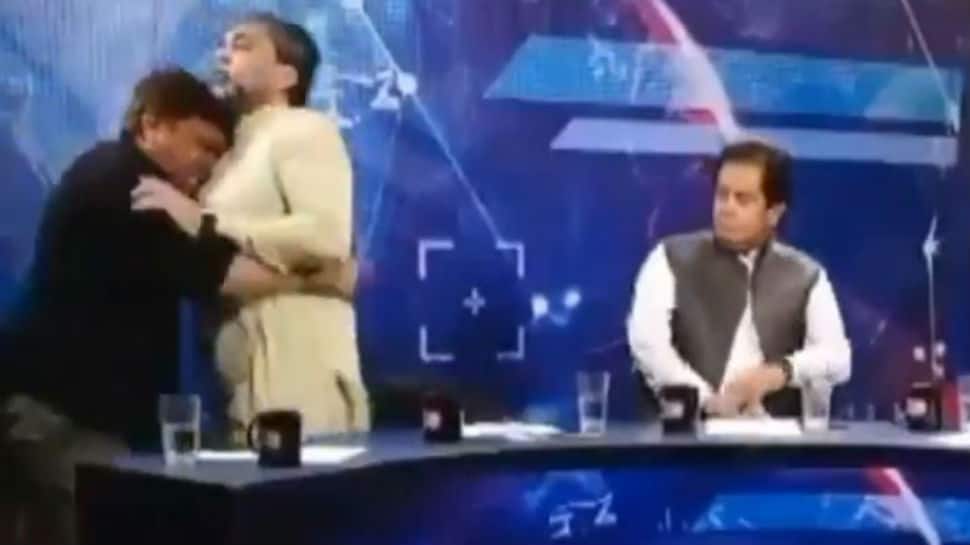 Debates have a tendency to get intense, especially when the topic in political in nature. One such debate on a Pakistani news channel, however, got physical and quite ugly when a politician from Imran Khan's Pakistan Tehreek-e-Insaf party attacked a journalist over their differences.

The punches kept raining, cameras kept rolling and the footage has since gone viral online.

In the video, ruling PTI's Masroor Ali Siyal is seen engaged in a verbal duel with journalist  Imtiaz Khan Faran in what was a live TV news debate. Matters quickly hotted up beyond control with Siyal getting up from his chair and shoving Faran to the floor. Faran got up almost immediately and the two got entangled into a physical tussle. The two slapped and punched each other repeatedly and there was also what appeared as an attempt at a headbutt from Faran into Siyal's chest.

The anchor of the show and studio officials eventually managed to tear the two away from each other in a situation which resembled a street brawl more and a TV debate less.

While what the two argued and eventually fought over is unclear, the incident has caused massive embarrassment for Imran's party and government. Social media users have slammed the conduct as repulsive and disgraceful, many even asking the Pakistani PM to take action against Siyal.

Dawn reported that Karachi and Lahore press clubs have temporarily banned the entry of all PTI leaders while  Naeemul Haque, Imran's special assistant, has assured of 'strict against' against Siyal.

What are the key dates between now and Brexit day? A detailed timeline