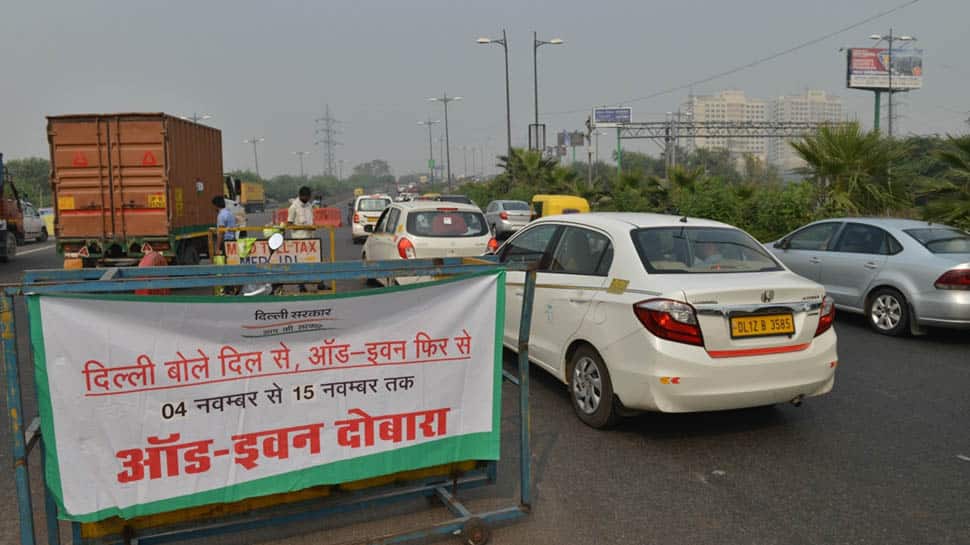 On the third day of the Odd-Even vehicle scheme in the national capital, the Delhi Traffic Police on Wednesday issued a total of 406 challans. The scheme was rolled out by the Delhi government in a bid to reduce air pollution.

The scheme is applicable from 8 am to 8 pm. It will not be effective on Sunday, November 10. The scheme is a traffic rationing measure by Arvind Kejriwal-led government under which private vehicles with registration numbers ending with an odd digit (1, 3, 5, 7, 9) will be allowed on roads on odd dates and those with an even digit (0, 2, 4, 6, 8) on even dates.

The rules will also apply to the vehicles with registration numbers of other states. The violation of the rules in the restricted hours will attract a fine of Rs 4,000.