US President Donald Trump on Tuesday signed an executive order to establish a United States Space Force as a new armed service within the Department of the Air Force. 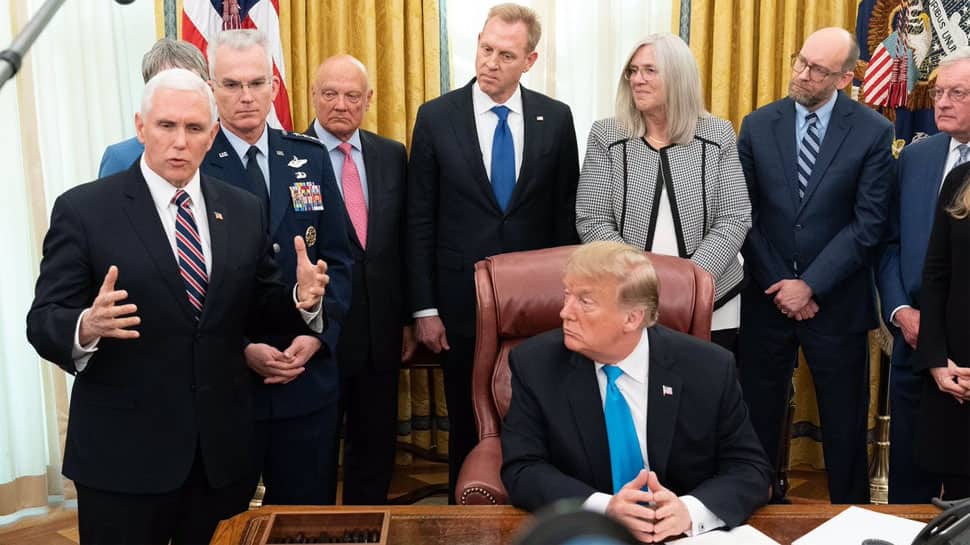 Washington: US President Donald Trump on Tuesday signed an executive order to establish a United States Space Force as a new armed service within the Department of the Air Force.

As per the memorandum signed by Trump in his Oval Office, the Space Force would include both combat and combat support functions to enable prompt and sustained offensive and defensive space operations, and joint operations in all domains.

It will be organized, trained, and equipped to meet and protect the US national interests in space and the peaceful use of space for all responsible actors, consistent with applicable law, including international law; ensure unfettered use of space for national security purposes, economy, and persons, partners, and allies; in addition to deter aggression, it said.

Trump described the space force as the future of US forces.

The Space force, he said, is going to be a very big part of America's defense.

"We're investing in new space capabilities to project military power and safeguard our nation's interest, especially when it comes to safety and defense. This directive calls on the Secretary of Defense to develop legislative proposal that will establish the structure and authority of the space force at the sixth branch of the US armed forces," he said.

Trump said the space force will organize, equip and train the next generation of warriors to deter aggression and defend the nation, allies and American interests against hostile actions.

"We have a lot of new defensive weapons and offensive weapons designed specifically for this and now we're going to start advantage of. This is something they could have done sooner, but they decided to wait. And here I am," he said.

Trump said his administration has already taken historic action to create a US Space Command, within the Department of Defense to oversee the nation's military space operations.

Now in the face of these threats, all around the world, American leadership in space is more important than it ever has been before," said the president.