Nawaz Sharif, daughter Maryam given B Class facilities owing to their social status in Pakistan jail

Both Nawaz and his daughter Maryam have been given B class facilities in the Adiala Jail in Rawalpindi due to their social status. 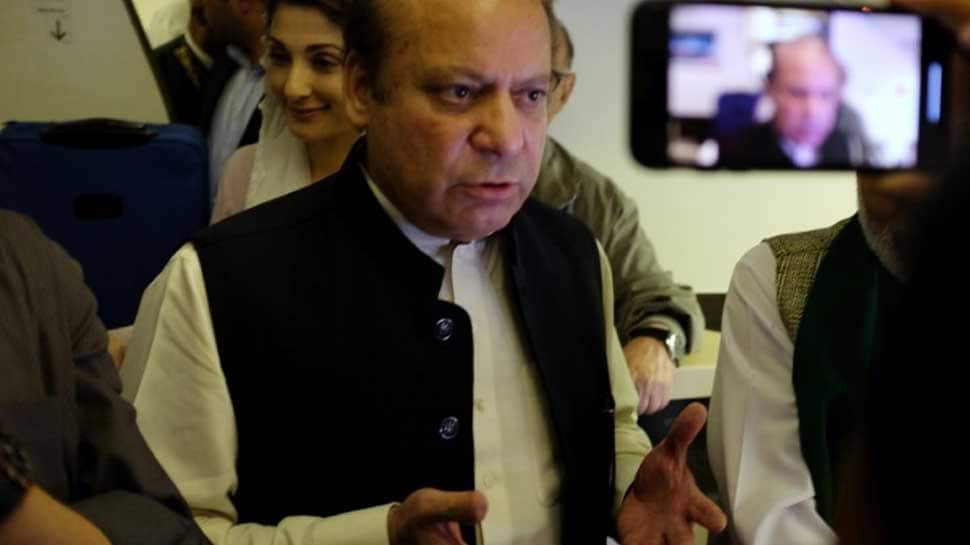 ISLAMABAD: Graft accused Pakistan's former prime minister Nawaz Sharif and his daughter Maryam Nawaz, who were arrested and lodged in jail soon after their arrival back home from London on Friday, have been given B Class facilities owing to their social status.

The two VVIPs spent their first night in the high-security Adiala Central Jail where they were also given B class facilities.

The News quoted a senior Pakistani official as saying that both Nawaz and his daughter Maryam have been given B class facilities in the Adiala Jail in Rawalpindi due to their social status.

According to a notification issued by the Islamabad administration, they have declared a rest house at the Sihala Police Training College in the capital as a sub-jail to keep the two political figures with immediate effect and until further orders. 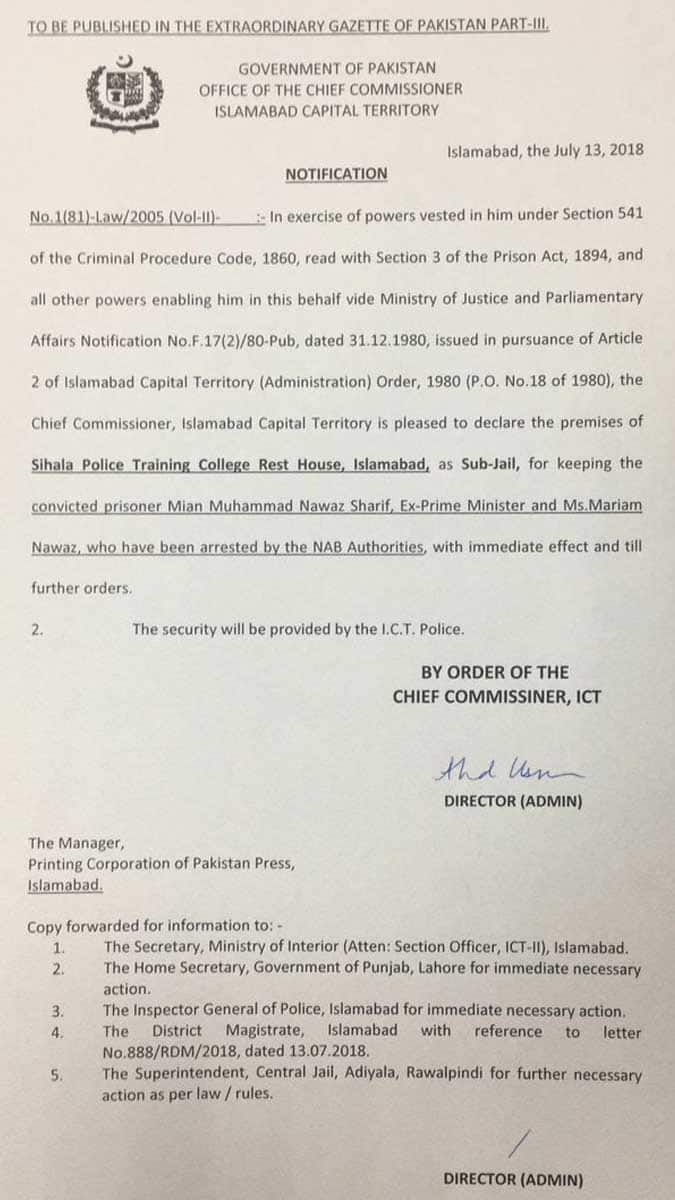 However, Geo News quoting sources reported that authorities have decided to keep them at the Adiala Jail for now.

A team of doctors, in the presence of Islamabad magistrate and senior police officials at Adiala jail, also conducted the medical examination of Sharif and his daughter Maryam and declared them fit.

The embattled former PM of Pakistan and his daughter were arrested by anti-corruption officials of the National Accountability Bureau (NAB) minutes after they arrived in Lahore from Abu Dhabi following their conviction in a corruption case, on Friday.

Sharif and his daughter were in London to look after his ailing wife when an anti-graft court convicted them of corruption and handed down prison terms.

Nawaz and Maryam were then flown in a small private plane to Islamabad.

From Islamabad, Nawaz Sharif was shifted to Adiala jail in Rawalpindi, and his daughter Maryam Nawaz was reportedly sent to the Seihala Rest House, which has been declared as temporary sub-jail. Sharif, along with Maryam, was arrested as they returned to Lahore city to serve a 10-year and seven-year jail term, respectively, on corruption charges, the NAB officials said in a press conference.

The NAB officials too said that the two have been provided B class facilities in the prison “on the basis of their social status and not on the grounds of the offence under which they were convicted”.

A NAB team took Sharif and Maryam in its custody from the aircraft, while their passports were confiscated by officials of the Federal Investigation Agency (FIA).

Airport security official surrounded them and led them to another plane to take them to a jail in Rawalpindi city near the capital Islamabad.

The arrest of ex-PM Nawaz and his daughter triggered violent clashes in parts of Pakistan.

Hundreds of angry supporters of his party Pakistan Muslim League-Nawaz (PML-N) clashed with the riot police in Lahore, the capital city of Punjab province, when they were prevented from proceeding towards the airport to welcome their leader.

Police had blocked all roads to the airport to stop the PML-N activists and banned political gatherings.

Shahbaz Sharif, the younger brother of Nawaz Sharif, who now heads the PML-N, was leading the procession to the airport.

The Accountability Court, Pakistan`s anti-corruption court, had ruled on July 6 that Nawaz Sharif owns assets beyond his income and concealed his property abroad.

On July 28, 2017, Sharif had to resign as Prime Minister after the Supreme Court disqualified him from holding any public office for concealing his earnings.

In April the apex court disqualified Sharif for a lifetime from the Parliament and also barred him from heading a political party.

At least 133 killed, 200 injured in twin blasts in Pakistan; IS claims responsibility