This is Praneeth's second consecutive title win, following the Singapore Open victory. He had reached the finals of Syed Modi International in January at Hyderabad, where he lost to Sameer Verma. 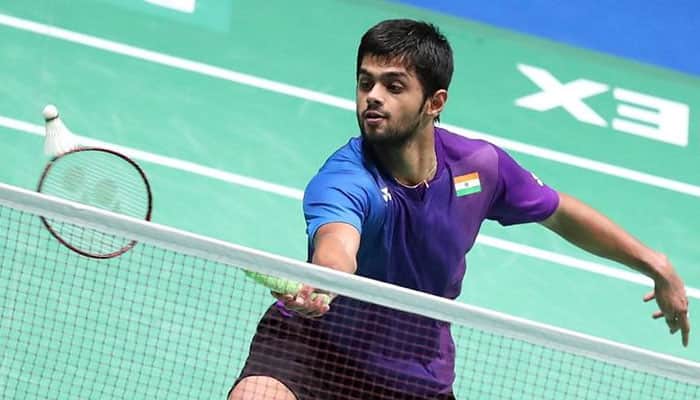 The third-seeded Indian prevailed 17-21 21-18 21-19 over the fourth-seeded Indonesian in a contest that lasted an hour and 11 minutes.

This is Praneeth's second consecutive title win, following the Singapore Open victory. He had reached the finals of Syed Modi International in January at Hyderabad, where he lost to Sameer Verma.

Praneeth, ranked 24 in the world, did not have an ideal start in the final as he went down in the opening game.

"I was just focusing on the rallies. It was a difficult match. The rallies were going too long. But I tried to slowly and slowly build up and I am happy I could win. I thank everyone who supported me," said Praneeth after the match.

The Indonesian opened up a 3-0 lead but Praneeth soon caught up with him at 4-4 and it was a close battle till 7-7 before Christie broke free to maintain a slender edge.

At one stage, the Indonesian shuttler was leading 14-11 but Praneeth kept breathing down his neck and made it 14-14 with three straight points.

After another couple of close points, Christie found himself 18-17 up and quickly sealed off the opening game with three points on the trot.

Making a brilliant comeback in the second game, Praneeth surged ahead 5-0 and then 9-3 but failed to maintain his huge lead as his opponent won six successive points to make it 9-9.

Thereafter, it was a neck-and-neck battle till 15-15 before the Indian took a slight two-point lead at 17-15.

Leading 17-16, Praneeth managed to bag three more points to move ahead 20-16. Although he wasted two game points, he eventually won it 21-18.

In the decider, Christie broke away at 2-2 to open up a 7-2 lead and then to 8-3. However, the Indian slowly made his way up with five consecutive points to reduce the margin to 7 -8.

Finally Praneeth caught up with him at 9-9 and what followed was a keenly contested affair with none of the shuttlers sparing an inch to each other.

At 17-17, Praneeth won two crucial points to take a 19-17 lead but only to concede the advantage.

Christie bagged the next two points to tie at 19-19. However, the Indian held on to his nerves to reel off two quick points to wrap up the match and the title in his favour.