The film is directed by Dheeraj Thakur, who is best known for 'Betwa Baahubali 2'. 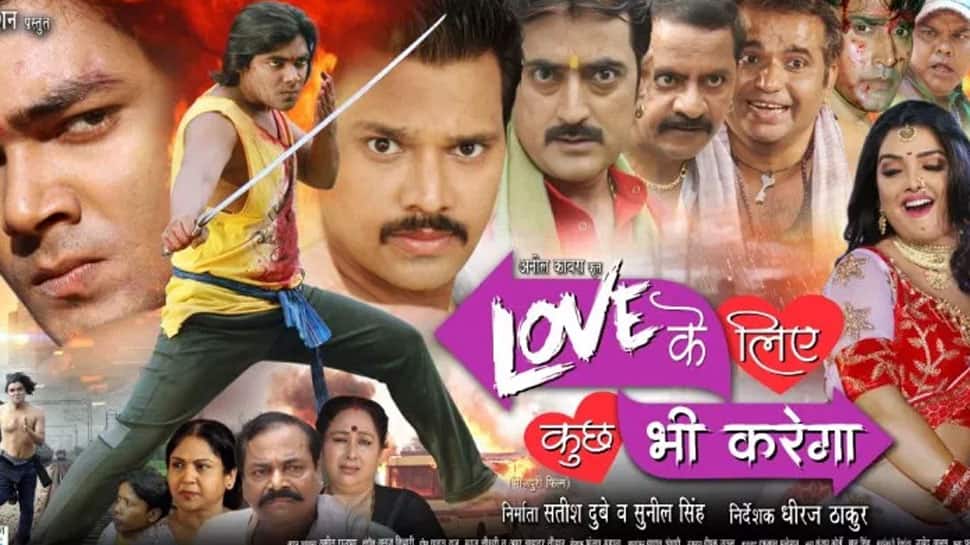 New Delhi: One of the most awaited Bhojpuri movies this year 'Love Ke Liye Kuch Bhi Karega' has hit the screens today in Bihar and Jharkhand. The film has got maximum screens and is high on the buzzword.

According to Bhojpurixp.com, the film will get a good number of screenings in Bihar and Jharkhand.

The film is directed by Dheeraj Thakur, who is best known for 'Betwa Baahubali 2'. The director has another venture in the pipeline and soon after wrapping up this one, he will kick start the shoot of his next titled ' Champion', the shooting of which will take place in Azamgarh.

Remember 'YouTube Queen' Amrapali Dubey's sensational belly dance in song 'Aamrapali Tohare Khatir'? Well, it was part of the promotional track for this movie and it became viral in no time. Sung by Indu Sonali and Anuj Tiwari, the song has been penned and composed by Yadav Raj and Anuj Tiwari respectively.