Khesari Lal Yadav's 'Coolie No. 1' and Salman Khan's 'Bharat' to clash on Eid

The family drama entertainer is helmed by Lalbabu Pandit and is produced by Surendra Prasad. 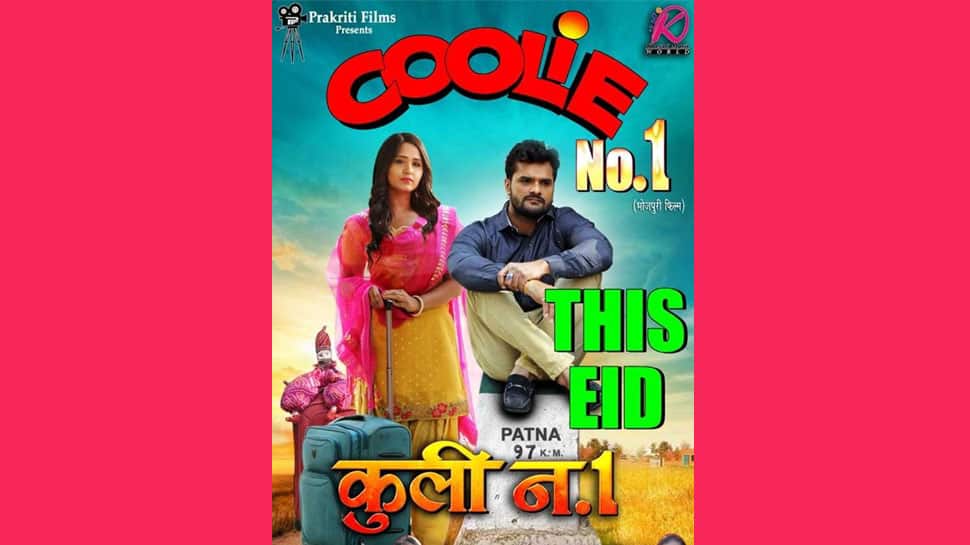 New Delhi: This Eid, the fans of Bhojpuri trending star Khesari Lal Yadav and Bollywood superstar Salman Khan are all set for the big treat as both the stars will have each of their releases on the same day. Sallu Bhai's much-talked-about 'Bharat' and Khesari's ''Coolie No. 1' is releasing on Eid.

Bhojpuri fans will get to watch Khesari's big release on the festival. The trailer of 'Coolie No. 1' was unveiled in March and it hit a million views mark on YouTube in just 12 hours. Bhojpuri trade pundits feel that the film has the potential to become the biggest blockbuster of this year.

The family drama entertainer is helmed by Lalbabu Pandit and is produced by Surendra Prasad. Prasad while announcing the release date said, "We have locked Eid as the special date for releasing this film as it's the best time to bring it to the audience. As far as its clash with Salman's 'Bharat' is concerned, I feel both are different movies and belong to different genres. The target audience is also different. This is a gift from us to the fans."

The hit trio of the director, producer and leading actor Khesari have previously collaborated on many projects which turned out to be money spinners at the Box Office.

The movie stars Kajal Raghwani as the female lead and her on-screen pairing with Khesari is a big hit amongst the Bhojpuri movie buffs. '