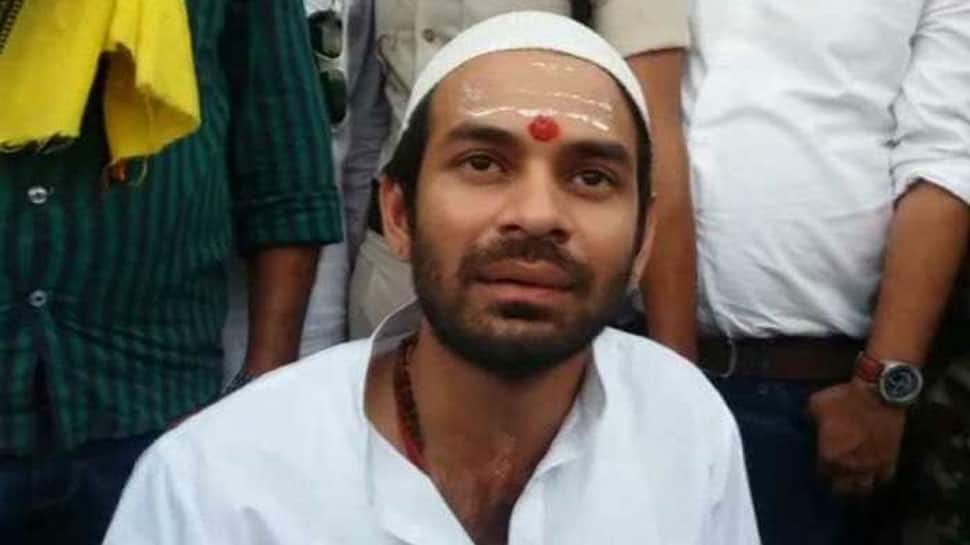 Patna: The divorce petition of RJD chief Lalu Prasad's elder son Tej Pratap Yadav could not be heard on its scheduled day on Tuesday apparently because the judge hearing the case was transferred and no one has taken charge yet.

The former Bihar health minister had filed for divorce from his wife Aishwarya Rai on November 2 last year, six months after his marriage.

Rai's father Chandrika Rai is a sitting RJD MLA and grandfather Daroga Rai was chief minister in the 1960s.

Sources in the family court here said judge Uma Shankar Dwivedi, who had posted the matter for hearing on January 8 vide a November 29 order, was recently transferred to another district and his reliever is yet to take charge.

Yadav had tied the knot with Rai at a magnificent wedding ceremony in the Bihar capital in May last year.It was attended by several political leaders, including Bihar Chief Minister Nitish Kumar and Union minister Ram Vilas Paswan.

On November 2, however, the mercurial RJD MLA shocked his family members by filing a divorce petition. Tej Pratap's family members, including his mother Rabri Devi and younger brother Tejashwi Yadav, had opposed his decision.

Rai had rushed to Devi's residence accompanied by her father, but their efforts to pacify Tej Pratap failed.

He gave interviews to some news channels stating that he was a "simpleton" and never wanted to marry the "urbane and suave" Rai, but his family members paid no heed.

Though estranged from his family, Tej Pratap paid a visit to his father who is in Ranchi serving sentences in a number of fodder scam cases.

A thaw in his relations with his mother was witnessed on January 1 when the two had an emotional reunion after which he declared "my mother is with me in all my battles".

He also appears to have patched up with Tejashwi who greeted him by touching his feet when he visited the latter's residence a few days ago.