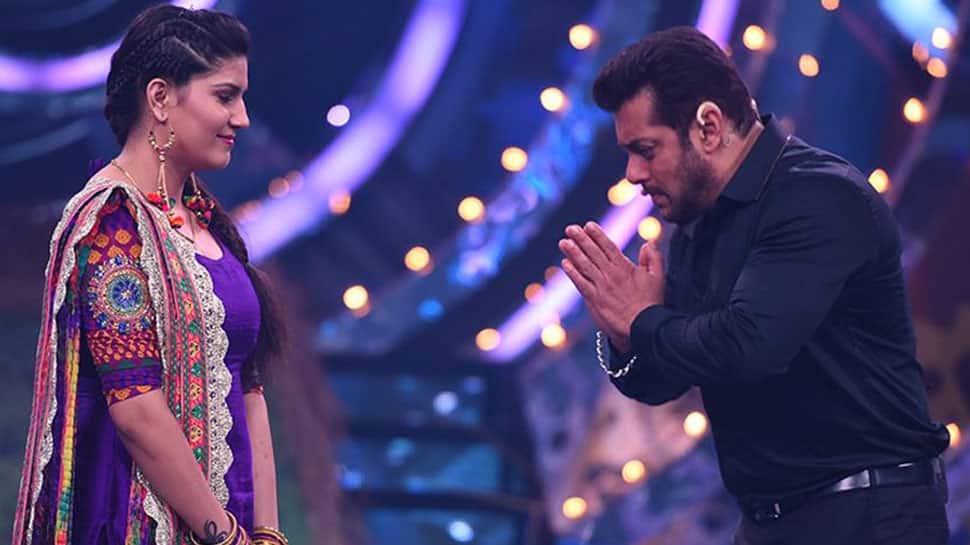 New Delhi: Popular Haryanvi singer Sapna Choudhary recently got evicted from Bigg Boss season 11 leaving inmates teary-eyed. But certainly, it's a bright world outside for the singer as she might soon bag a meaty deal.

Remo and Jacky even went inside the BB 11 house and interacted with the inmates. While they performed a fun dice task, Sapna and Priyank were asked to dance on a peppy number. Both of them grooved to 'Beat Pe Booty' and were joined by Remo and Jacqueline too.

The choreographer was impressed much with Sapna's unique dancing skills, so much so that he even promised to work with her soon. While the Haryanvi singer couldn't first believe her ears, Hina told her it's happening in real dear.

'Race 3' is helmed by Remo and who knows we might actually get to see Sapna adding her desi flavour by jiving with Sallu Bhai in the glamourous thriller.

Bengali film industry to protest against 'Padmavati' row on Tuesday