'Gully Boy' is slated to release in February this year 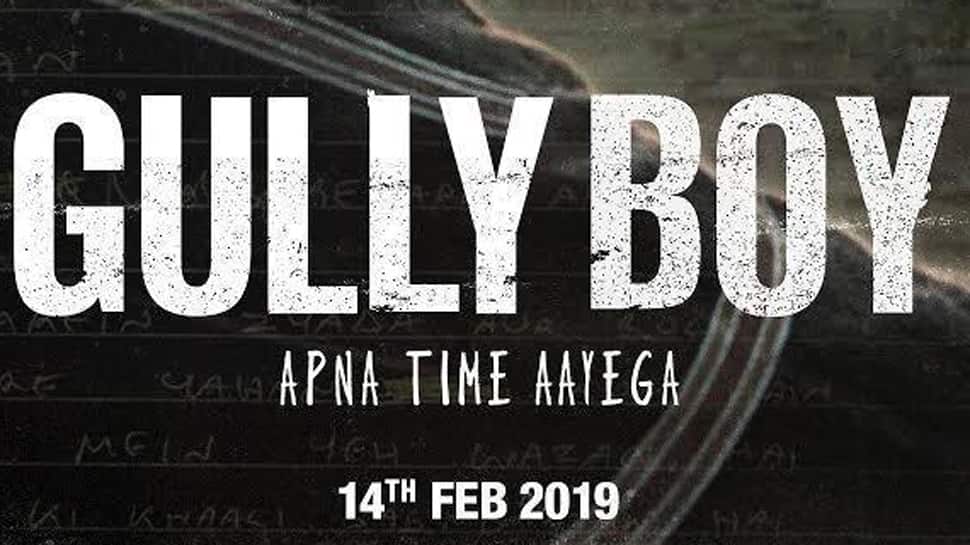 New Delhi: Bollywood's powerhouse of talent Ranveer Singh and the beautiful Alia Bhatt starrer 'Gully Boy' is slated to release in February this year. On the first day of the new year, makers decided to treat us all with the first ever poster of the film!

Ranveer is currently basking in success of his latest outing 'Simmba'. The film stars the beautiful Sara Ali Khan opposite him and has been helmed by Rohit Shetty. On the other hand, Alia was last seen in 'Raazi' which won critical acclaim and was well received by the audience as well as critics.

Coming to 'Gully Boy', the film is inspired by the rappers from the slums of Dharavi in Mumbai. Ranveer, who is paired opposite Alia for the first time on the big screen, essays the role of a street rapper in the film. The film also stars Siddhant Chaturvedi, Vijay Varma and Kalki Koechlin in pivotal roles.

The film is helmed by Zoya Akhtar and is one of the biggest releases of 2019.