Ranbir Kapoor, Alia Bhatt colour-coordinate as they arrive together at airport — Pics

'Raalia', as they are fondly called by their fans, has reportedly left for New York, to see his father Rishi Kapoor, who is being treated for cancer. 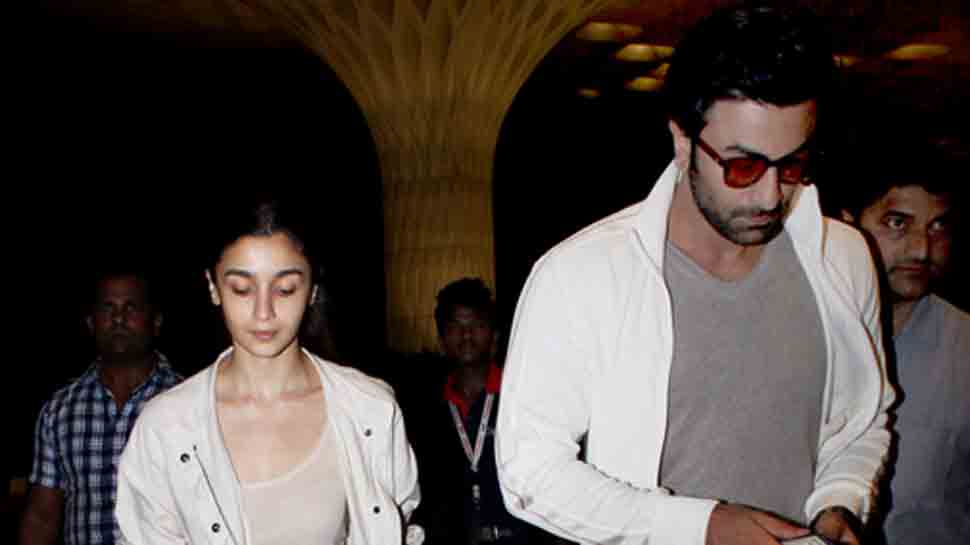 New Delhi: Bollywood's 'IT' couple Ranbir Kapoor and Alia Bhatt, who recently wrapped up the Varanasi schedule of their upcoming superhero drama 'Brahmastra', were on Wednesday spotted at Mumbai airport.

The two actors, who recently returned to Mumbai from Varanasi, were spotted arriving together at the airport and were seen colour-coordinated.

Alia, who has also been shooting for Mahesh Bhatt's 'Sadak 2', was seen in a light peach coloured top which she teamed with a creme-coloured jacket and white cargo pants. Ranbir was wearing a grey coloured T-shirt along with a white coloured over jacket.

He rounded off his look with brown shoes and wine-coloured glasses. 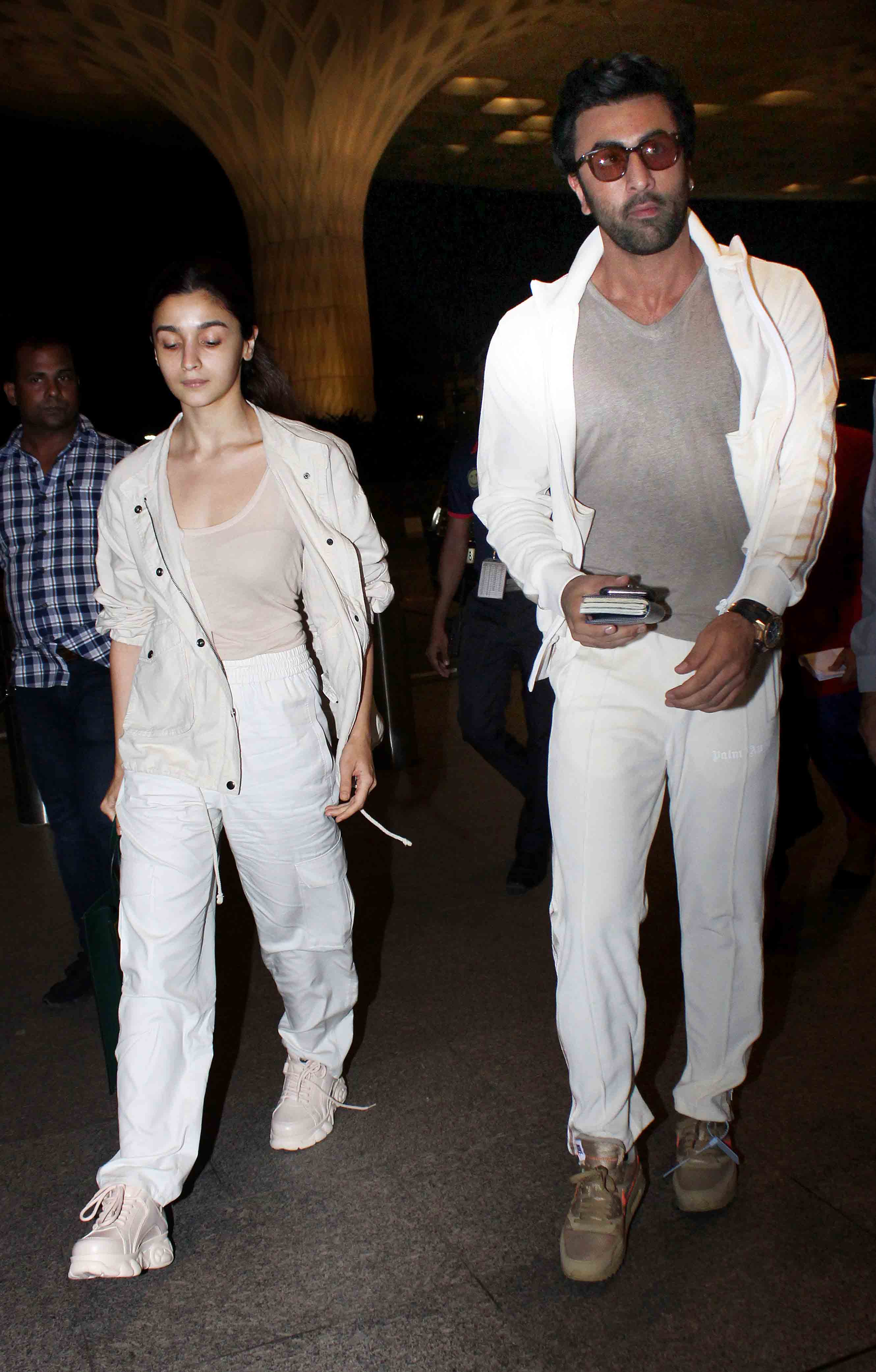 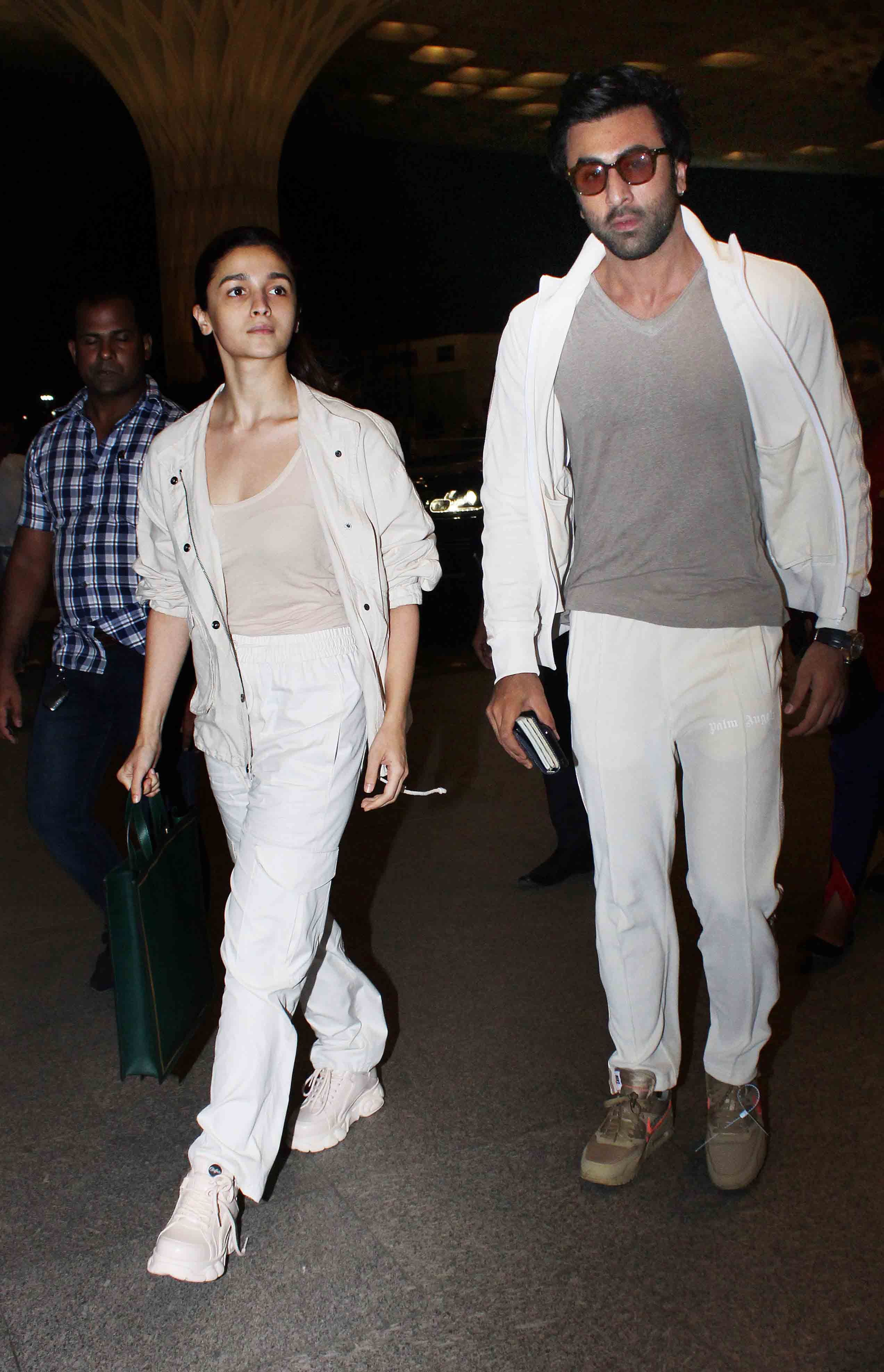 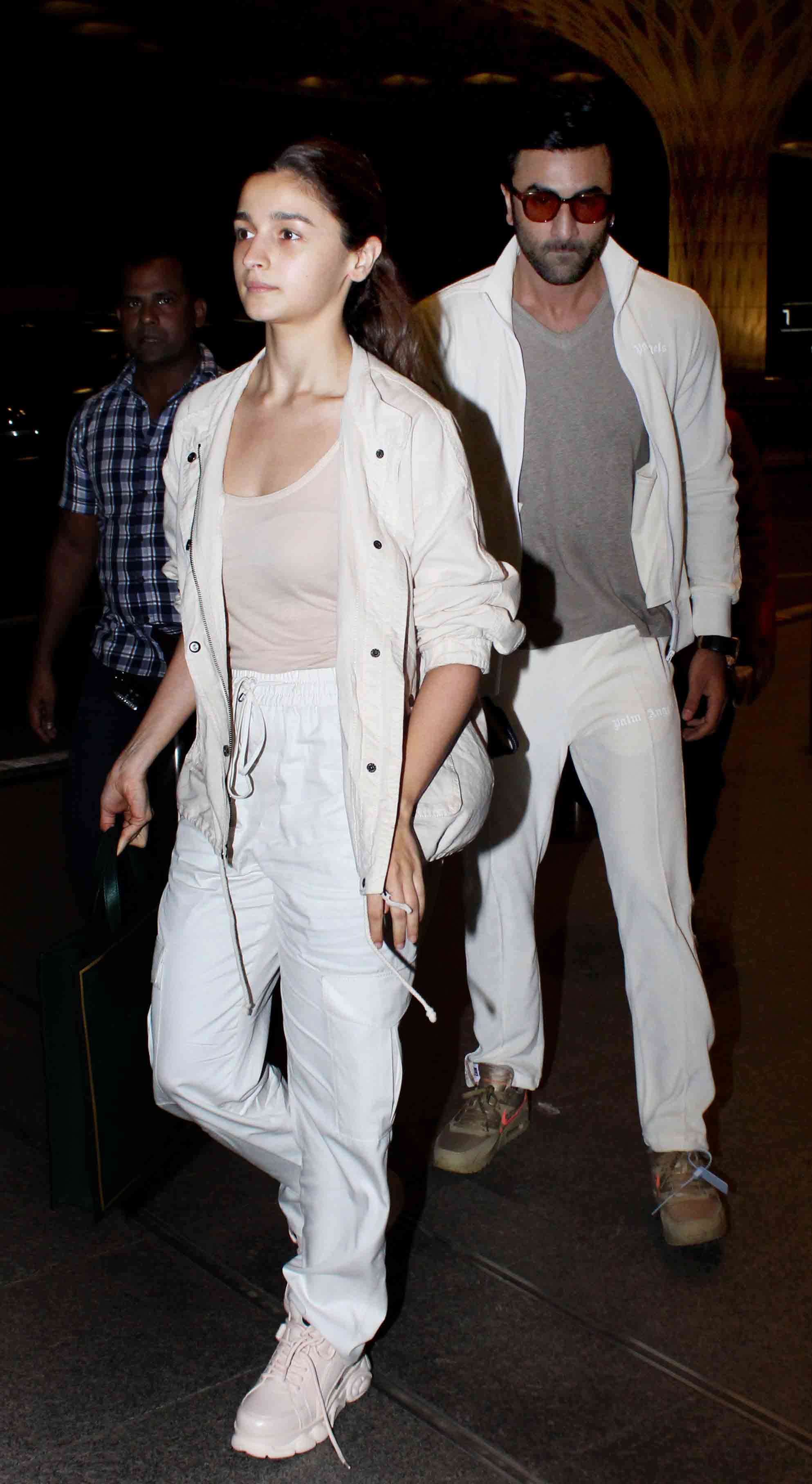 We assume the couple left to shoot for the next schedule of 'Brahmastra'.

Ranbir and Alia are rumoured to be dating each other since last year. Since then, the duo has been spotted together at various occasions. Be it shopping on the streets of New York or striking a pose with each other's families, Alia and Ranbir are adored by many!

If reports are to be believed, the two fell in love while shooting for 'Brahmastra', which is slated to release in the summer of 2020. It also stars megastar Amitabh Bachchan in a pivotal role. This is the first time that Ranbir, Alia and Bachchan senior have teamed up for a film which further raises the excitement level for it.

Directed by Ayan Mukherjee, trilogy saga 'Brahamastra' was supposed to hit the theatres this December during Christmas. However, the movie is expected to be released early next year.