The effort is a part of the exercise by the government to check fall in rupee value and control current account deficit (CAD). 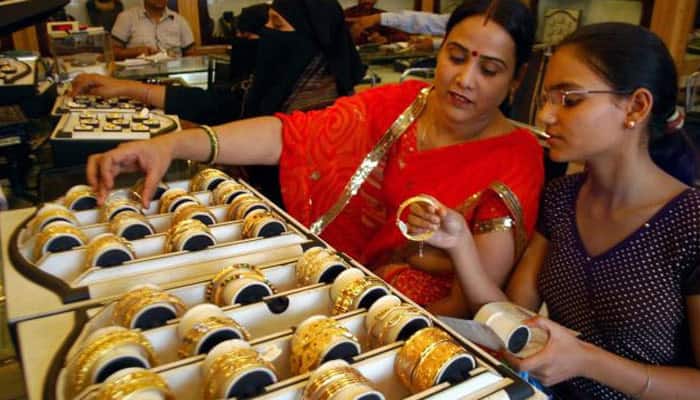 The effort is a part of the exercise by the government to check fall in rupee value and control current account deficit (CAD).

With festive season around the corner, hiking import duty on gold at this juncture might lead to increase in smuggling.

However, the sources did not specify those policy measures.

The government last week announced an array of steps, including removal of withholding tax on Masala bonds, relaxation for foreign portfolio investments, and curbs on non-essential imports, to contain the widening CAD and check the rupee depreciation.

According to traders and experts, if the government wants to impose curbs on non-essential items, they can consider products such as gold, high-end electronics goods, refrigerators, watches, and high-end footwear and garments.

Gold imports jumped by about 93 per cent in August and 41 per cent in July. With the forthcoming festive season, demand for gold is expected to grow further.

The country's gold imports, which has a bearing on the CAD (which is the difference between the inflow and outflow of foreign exchange), increased by 22.31 per cent to USD 33.65 billion in 2017-18.

Currently there is a 10 per cent import duty on gold. Gems and jewellery exporters have time and again demanded cut in the duty to push its exports.

Sources further said that the finance ministry would have to consult concerned ministries before hiking duties on goods including electronics and IT products.

The CAD widened to 2.4 per cent of the GDP in the first quarter of 2018-19. Large trade deficit and rupee decline against the US dollar are putting pressure on the CAD.

The domestic currency has declined around 6 per cent since August.

Petrol and diesel prices have also touched record highs. Trade deficit soared to a near five-year high of USD 18 billion in July, but dipped slightly at USD 17.4 billion in August.

To check rising gold import, the erstwhile UPA government in August 2013, had introduced the 80:20 scheme which allowed traders to import gold only after they had exported 20 per cent of gold from their previous import.

The rule was scrapped in November 2014 by the NDA government.