Bill to give statutory status to Aadhaar introduced in Lok Sabha

A Bill to provide Aadhaar statutory backing for use for transferring government subsidies and benefits was introduced in Lok Sabha Thursday, incorporating clauses to keep personal information discreet and it not being a proof of citizenship. 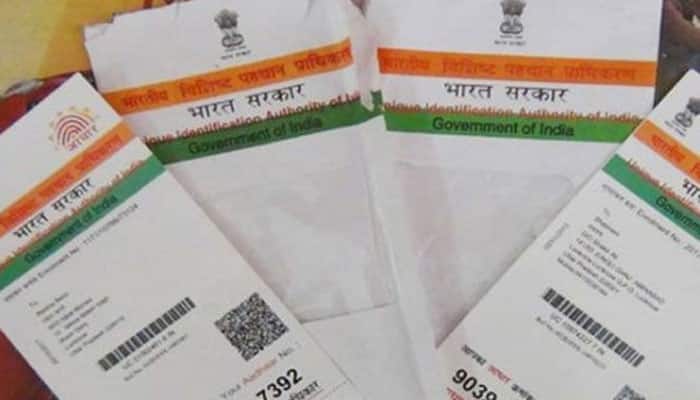 New Delhi: A Bill to provide Aadhaar statutory backing for use for transferring government subsidies and benefits was introduced in Lok Sabha Thursday, incorporating clauses to keep personal information discreet and it not being a proof of citizenship.

Finance Minister Arun Jaitley introduced 'The Aadhaar (Target Delivery of Financial and Other Subsidies, Benefits and Services) Bill, 2016' amid protests by Congress over the legislation being categorised as a money bill which does not need approval of the Rajya Sabha.

Jaitley, however, asserted that the Bill falls within the textbook definition of money bill and went on to remind the Congress of bills like juvenile justice and workman injury compensation it brought as money bill when it was in power.

He also said the Bill addresses concerns over privacy of Aadhaar data and the unique identification number being used as certificate of citizenship.

Clause 9 of the Bill states that the Aadhaar number or the authentication thereof shall not, by itself, confer any right of, or be proof of, citizenship or domicile.

The bill will provide for "good governance, efficient, transparent, and targeted delivery of subsidies, benefits and services, the expenditure for which is incurred from the Consolidated Fund of India, to individuals residing in India through assigning of unique identity numbers to such individuals", a brief summary of the bill said.

Giving statutory backing to Aadhaar will enable the use of this identification number for better targeting of subsidies.
Parliamentary Affairs Minister M Venkaiah Naidu said this would save Rs 20,000 crore by avoiding subsidies being taken by undeserving.

Congress leader Mallikarjun Kharge said a similar bill was introduced by the UPA government but the NDA has now made it a money bill to "avoid" the Rajya Sabha.

"This bill is significantly different from the earlier bill. It confines itself to government expenditure," Jaitley said, defending the move.

The National Identification Authority of India (NIDAI) Bill, 2010 was introduced by the previous UPA government to provide statutory backing to the UIDAI. It was not clear if this has been withdrawn.

Money bills can be introduced only in the Lok Sabha and the Upper House, where the ruling NDA lacks majority, can only make recommendations but no amendments. Rajya Sabha has to return money bills to the Lower House within 14 days from the date of receipt, failing which it is considered approved.

The Bill introduced today provides for a framework to ensure that the biometric details of citizens it collects are kept discreet and used only to generate Aadhaar numbers or authenticate them.