CAIT has issued a statement saying, ''The Amazon CEO visit will see huge protests from traders across the country.'' 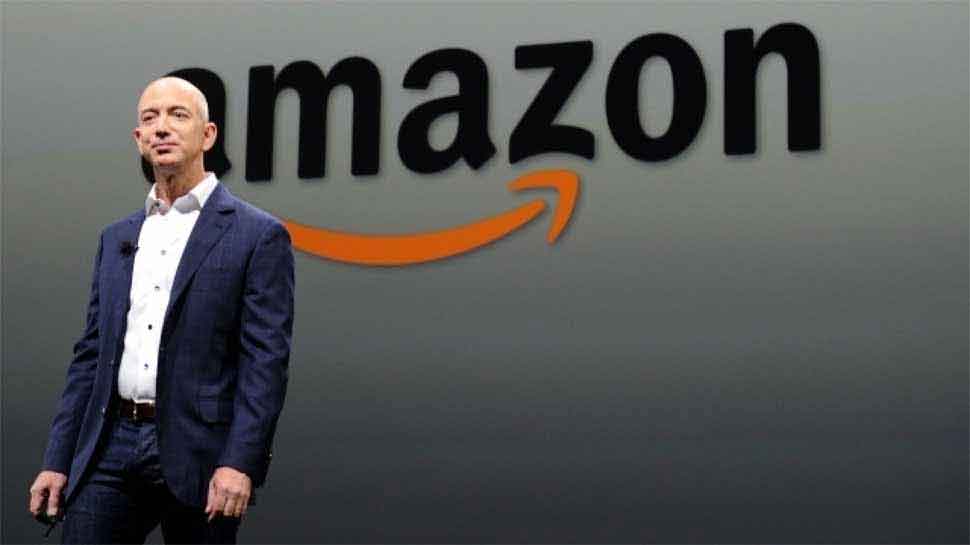 NEW DELHI: Thousands of small-scale Indian traders will protest against American online retail giant Amazon founder Jeff Bezos when he visits the country on January 15 for a company event and potential meetings with government officials. The traders, under the aegis of the Confederation of All Indian Traders (CAIT), have called for massive protests during the Amazon CEO's visit to India. They have also sought PM Modi’s intervention in the matter and urged him to discuss their issues with Bezos when they meet.

The Amazon CEO will be visiting India on January 15 during which he will also meet PM Modi and officials, besides industry leaders, according to reports. The top Amazon CEO executive will also attend SMBhav – an event focussing on small and medium businesses in India - that is slated for January 15-16 in the capital city.

CAIT has issued a statement saying, ''The Amazon CEO visit will see huge protests across the country under the banner of the CAIT in association with All India Mobile Retailers Association, All India Consumer Products Distributors Federation." 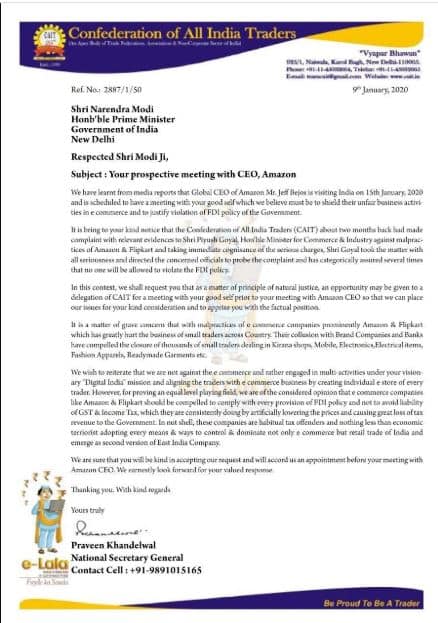 ''More than 5000 trade bodies will participate in the protest. The traders will hold 'Halla Bol' protest and demonstrations in about 300 cities of different states across the country,'' it said.

The CAIT also described the upcoming Amazon conclave as “pompous”, aimed to show fake solidarity with small businessmen and entrepreneurs in India.

“These SMB summits will not help the businessmen of this country. E-commerce firms have been engaging with SMBs and entrepreneurs from the last five years, but it has been of no help to them. CAIT has come to their rescue and we seek PM Modi’s intervention for the same,” CAIT general secretary Praveen Khandelwal said.

“Amazon already has 5 lakh retailers on their portals. Let them announce what all they have done so far to empower the existing retailers on their platform. What is the quantum of business these retailers are doing annually since the last five years? Were any of them listed as top 20 sellers during the last five years? The answers to these questions will expose Amazon. It’s nothing but just eyewash to set right the wrongdoing,” Khandelwal said.

The traders’ body said they have already apprised the Finance and Commerce ministries of the “gross violation of FDI norms” by e-commerce companies in India by means of predatory pricing, deep discounting and preferential treatment to the retailers, which have led to 50 per cent loss of sales as well as caused massive GST revenue loss to the government.

"We expect to mobilise at least 100,000 traders in the protests," Khandelwal added.

Amazon, which has seen significant growth in its business in India, has also witnessed protest from a section of traders in the country who claim that e-commerce giants including Amazon and Walmart-owned Flipkart offer deep discounts and engage in unfair business practices.

Last year, the government had tightened rules for e-commerce marketplaces with foreign investment. These rules barred such platforms from offering products of sellers in which they hold a stake and banned exclusive marketing arrangements among other clauses. Following this, Amazon restructured its joint ventures to ensure compliance.