Afghanistan captain Gulbadin Naib was keen to stress the positives from his side’s performance after suffering a seven-wicket defeat to Australia at the Bristol County Ground. 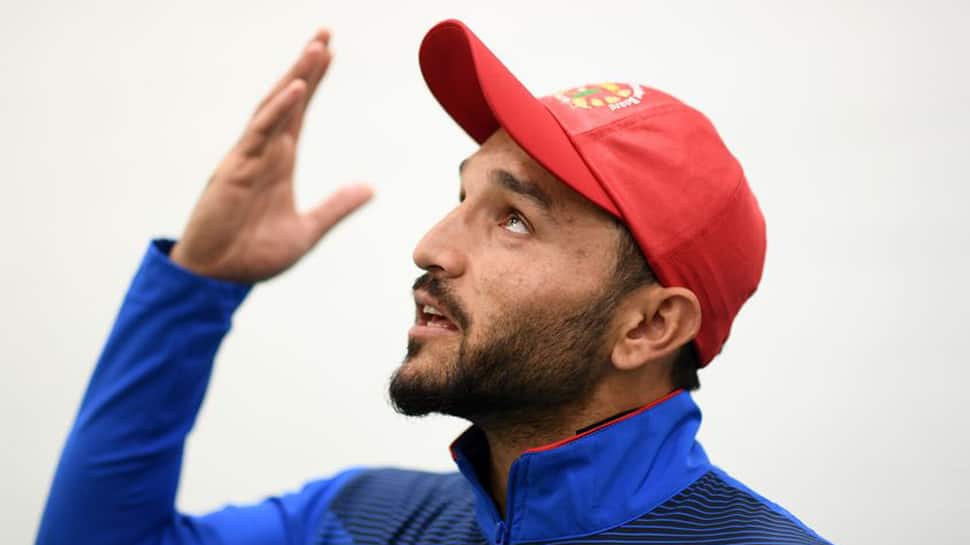 Afghanistan captain Gulbadin Naib was keen to stress the positives from his side’s performance after suffering a seven-wicket defeat to Australia at the Bristol County Ground.

A half-century from Najibullah Zadran helped the Afghans recover from the worst possible start, in which they lost both of their openers for ducks, to post a target of 208.

But David Warner hit an unbeaten 89 to guide the reigning champions to a comfortable victory after Australia skipper Aaron Finch set the tone with an explosive 66 off 49 balls.

And despite admitting that Afghanistan’s total was sub-par, Gulbadin was encouraged by the way his side fought back and showed that they can live with the best teams in the world.

“You can't give them any chances [to take wickets], so this is why we slightly missed out on some runs. If you look at the start of the innings, we lost two wickets in two overs.

“[Mohammad] Shahzad and Hazratullah [Zazai] didn't bat well and also in the middle we struggled.

“We thought positive things in the middle and me and Zadran were able to make a 90-run partnership.

“We thought we could score 200, 250 plus, but credit goes to the Australian side, they bowled really well. When you face [Mitchell] Starc and [Pat] Cummins, it's quite quick.

“We can play against these kind of teams, so you should take positive things from them, they can't give you any single chance of mistakes. Obviously, we have a tough match upcoming.”

Shahzad and Hazratullah lost their wickets without scoring a run in the first two overs after Afghanistan, who face Sri Lanka in Cardiff in their next game on Tuesday, decided to bat first.

Further wickets fell as Afghanistan found themselves 77/5 before skipper Gulbadin (31) and Najibullah (51) mounted a recovery to guide their side to 160/5 in Bristol.

A late cameo from Rashid Khan (27) ensured the lowest ranked team in the tournament passed 200 as Cummins (3-40) and Adam Zampa (3-60) were the pick of the Aussie bowlers.

Finch and Warner made easy work of the chase, though, as Australia reached the target within 35 overs for their ninth consecutive ODI victory and a perfect start to their defence.

But while the result did not go their way, Afghanistan showed enough to suggest they can upset a few sides in this tournament – especially with their passionate support behind them.

Gulbadin continued: “Every team, especially for us, is a tough team, so we are just waiting for our turn. You know this type of team doesn’t give you a single chance.

“But they are coming really hard and harder how they did in this game. We look and we just take a positive thing from the performance and go for the next day.

“Obviously, if you have this kind of audience and they are supporting you and you know your side, so the difficulty you have – you take a lot of positive things from the crowd.

“So the crowd and all support for Afghanistan, and there was a huge number of Afghans in the crowd, gave us a lot of energy on the ground for the boys.”

ICC World Cup 2019, South Africa vs Bangladesh: As it happened