India last conceded a series at home in 2012-13 and it came against Alaistar Cook-led England unit. Only a handful of players will feature from that squad but one man who can dictate the proceedings of the upcoming series can be English skipper Joe Root. The current English Test skipper, who made his debut in the same 2012-13 series, will enter the contest on the back of a mighty double century and a hundred. 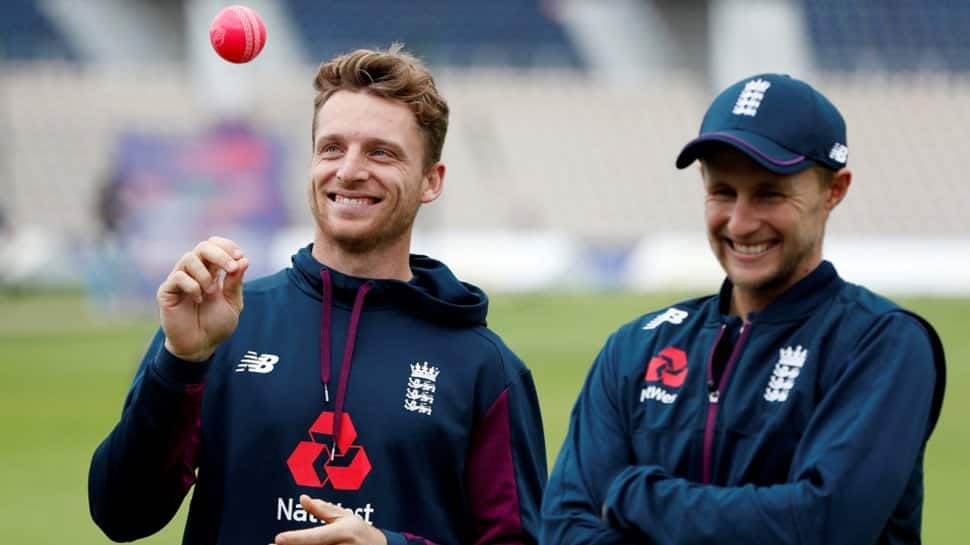 Despite winning four of the five series they have played since the inception of the World Test Championship, England stand fourth in the nine-team points table. The Three Lions last week completed a 2-0 whitewash over Sri Lanka and now have a daunting task on their hands as Joe Root & Co.are up for an intriguing four-match contest against India in their own backyard.

A series defeat against Virat Kohli and the doors to the Test championship final, which is scheduled to be held at the iconic Lords in June this year, will be virtually shut. However, England wicketkeeper-batsman Jos Buttler feels that his side are well-prepared for the upcoming series, which he brands as “one of the premier cricket series around the world”.

Chennai, India@root66 and the team have arrived in India ahead of our four-match Test series  pic.twitter.com/GT06p9Ru4u

Speaking at a virtual conference on Saturday, the 30-year-old said: “India will be very confident after the Australia tour and have a fantastic team but we come here with confidence from Sri Lanka, having played in conditions similar to India.

"Considering we'll have only three practice days, it's good we're a bit battle-hardened from the two Tests against Sri Lanka.”

IND vs ENG: 'Every India batsman from number one to six can score hundreds', says Jofra Archer

India last conceded a series at home in 2012-13 and it came against Alaistar Cook-led England unit. Only a handful of players will feature from that squad but one man who can dictate the proceedings of the upcoming series can be English skipper Joe Root; something which even Buttler himself agrees to.

Root, who made his Test debut in the same 2012-13 series, will enter the contest on the back of a mighty double century and a hundred.

Speaking on how crucial Root's role will be in the upcoming series, the 30-year-old wicketkeeper hailed the former’s abilities against the spinners and added his hunger to bat for longer periods, which was evident in Sri Lanka, describes the form he is in.

"Joe's always has a brilliant game against spin. He's one of the best exponents of the sweep shot and he picks length brilliantly, which is a big strength playing against spin. It's very hard keeping dot balls against him because he manages to rotate the strike so well,” Buttler said.

"He did that really well in Sri Lanka and one of the biggest things was his hunger to bat for a long period of time. I think he showed great application to bat both mentally, tactically and physically. To bat for so long and back it up across two Tests. He's in great form and that's a good place for him to be in. And for the team to learn from him.

"There are times when the ball seams and swings in England and a big first-innings score can be 300," Buttler said. "But in India, if it's a fantastic batting wicket then a good score in the first innings is 600-650. Root was a good example of us doing that in Sri Lanka with a double hundred and a 180. He showed us that you have to make the most of your first innings."

Buttler, who will be making only one appearance in the four-match series, is aware about the wicketkeeping challenges in India’s low and turning tracks but he remains confident  about passing it with flying colours.

"Keeping wickets is a big challenge, the way it deteriorates for five days, less carry for the seam bowlers than what we know in England or South Africa or Australia," Buttler said.

"You need to stand closer, and the chances are very quick-reactive chances. And obviously, the challenge standing up to the spinners, with the pitches turning. But it's also a great place to keep wickets because you feel like you're always in the game. Wicketkeeping in spinning conditions is a lot of fun."