While India will be brimming with confidence after clinching their first-ever bilateral Test and ODI series in Australia, New Zealand too will head into the upcoming series following a 3-0 clean sweep of Sri Lanka. 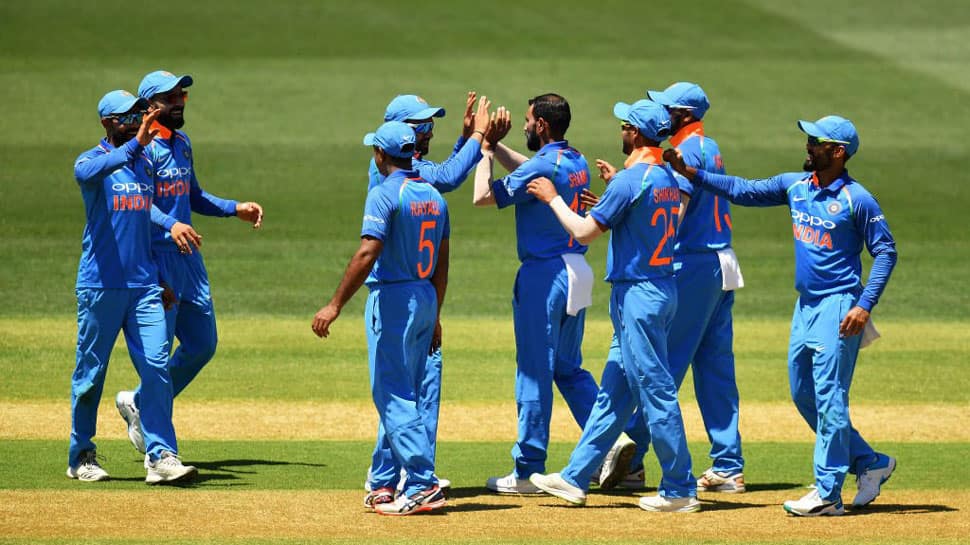 India and New Zealand are all set to kick start their five-match ODI series from Wednesday at McLean Park in Napier.

After missing out on a chance to host international games for two years due to drainage problems and subsequent delays in revamping of the outfield, the stadium is the venue for the opening ODI between the Virat Kohli-led India and the Black Caps.

The two sides have previously played each other at this venue six times, with the last encounter at McLean Park between them coming in the first ODI of the five-match series in 2014 when New Zealand won by 24 runs.

While India will be brimming with confidence after clinching their first-ever bilateral Test and ODI series in Australia, New Zealand too will head into the upcoming series following a 3-0 clean sweep of Sri Lanka.

As both India and New Zealand are in great form, the five-match ODI series is expected to be a close contest and also holds great importance considering the fact that the ICC World Cup is just a few months away.

On the eve of the first ODI in Napier, let's have a look at India’s record at the McLean Park.

# India's highest total at the venue came in 2009 when the Men in Blue posted a score of 273/4 after the play was reduced to 38 overs following incessant rain. In reply, New Zealand were bundled out for 162 runs to hand India a 53-run win by Duckworth-Lewis method. Wicket keeper-batsman Mahendra Singh Dhoni, who scored an unbeaten knock of 84 runs, was declared 'Player of the Match'.

# Meanwhile, India scored their lowest total at McLean Park in 1995 when they were bowled out for 160 runs in 45.5 overs. Notably, it was the only time in the six ODIs between the two sides at this venue that the Men in Blue were restricted below the score of 200.

# Out of the six ODIs played between the two teams in Napier, India have won just two of them. In the last match between India and New Zealand in 2014, Virat Kohli's blistering knock of 123 went in vain as the hosts eventually emerged out victorious.

# The Indian skipper's impressive ton of 123 runs during 2014 ODI is the highest individual score by an Indian at the venue. Interestingly, former opener Virendra Sehwag is the only Indian cricketer apart from Kohli to score an ODI century in Napier.