Delhi Capitals will make their maiden IPL final appearance when they lock horns with Mumbai Indians in Dubai on Tuesday. 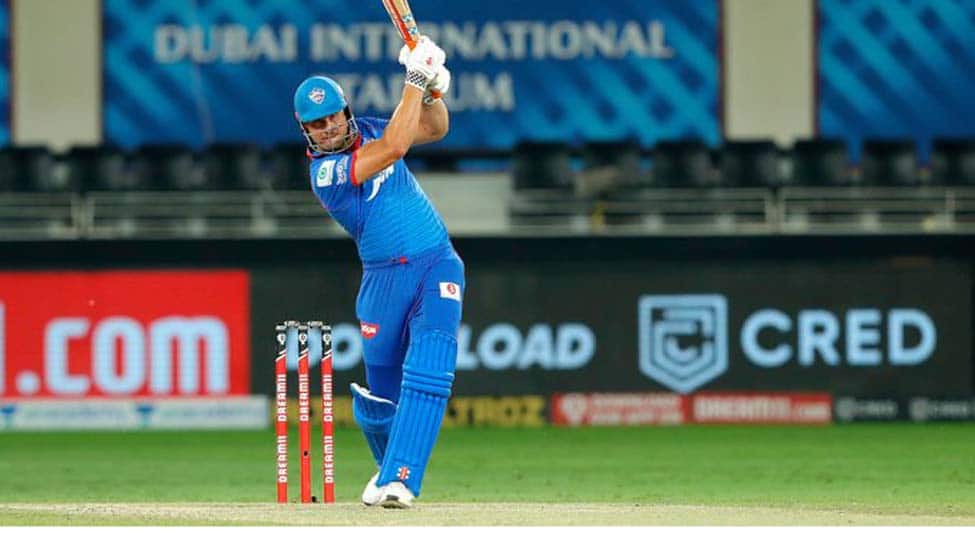 Delhi Capitals (DC) all-rounder Marcus Stoinis has admitted he was careful early on during his cameo opening the innings against SunRisers Hyderabad (SRH) on Sunday as there was swing. Stoinis was also fortunate to have survived a chance -- Jason Holder dropped him when the Aussie was on three.

However, in the final against Mumbai Indians whose bowling attack comprises bowlers with good pace and ability to swing, especially with Trent Boult the top wicket-taker in the powerplay phase and regularly picking a wicket in the first over, he may have his work cut out if DC decide to open the innings with him.

"There was swing early on. So, [I] had a bit of a look at it before having a crack," said Stoinis after the match.

"Ricky [Ponting, the coach] has spoken to me couple of times about opening the batting and it worked out that this was the time to do it. We tried it earlier, where I batted it at No. 3 but it didn't come off where we were chasing 220 or so. Fortunately, it worked out tonight," he added.

Before Qualifier 1, Delhi Capitals' opening batsman had hinted that the support staff had talked about promoting Stoinis to open the innings. They, however, desisted from doing it in the Qualifier 1 and sent specialist openers, Dhawan and Prithvi Shaw to start the innings. MI put in Boult and Bumrah upfront and they ran through the top order.

Promoting Stoinis was a ploy to give them a quick, early start so that they could see off Rashid Khan's threat in the middle-overs. It paid off. But will work against MI's attack. That remains to be seen.