Rajasthan Royals on Wednesday evening shared a photo of the former India captain MS Dhoni with a three-year-old Riyan Parag. 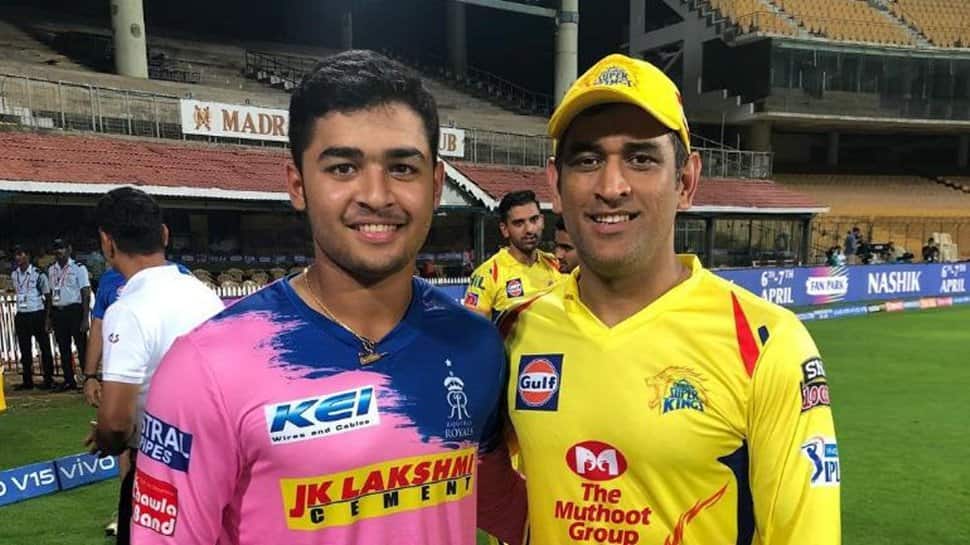 "You evolve, you learn, you grow," the franchise tweeted along with the photo. In the picture Dhoni has wrapped the traditional Assamese Gamosa around his neck.

As per preious media reports, the picture of Dhoni with Riyan was clicked when the budding cricketer was just three years old.

Parag, who has been a delight for the fans with his onfield antics, made his IPL debut for the Royals against Chennai Super Kings.

The Assam cricketer had scored 16 off 14 deliveries before being caught-behind off Shardul Thakur in that contest. It was moments after his debut, the photo went viral on social media.

Many years ago, in the 99-00 season of the Ranji Trophy (see the 2nd innings of Assam in this scorecard) https://t.co/R2CzlZvnwG
An Assam opener, called Parag Das was stumped by a young keeper called MS Dhoni. Parag Das is Riyan Parag's father! And MSD is the constant!

Interestingly Dhoni did stump Parag's father Parag Das in 99-00 season of the Ranji Trophy while playing for Bihar against Assam.