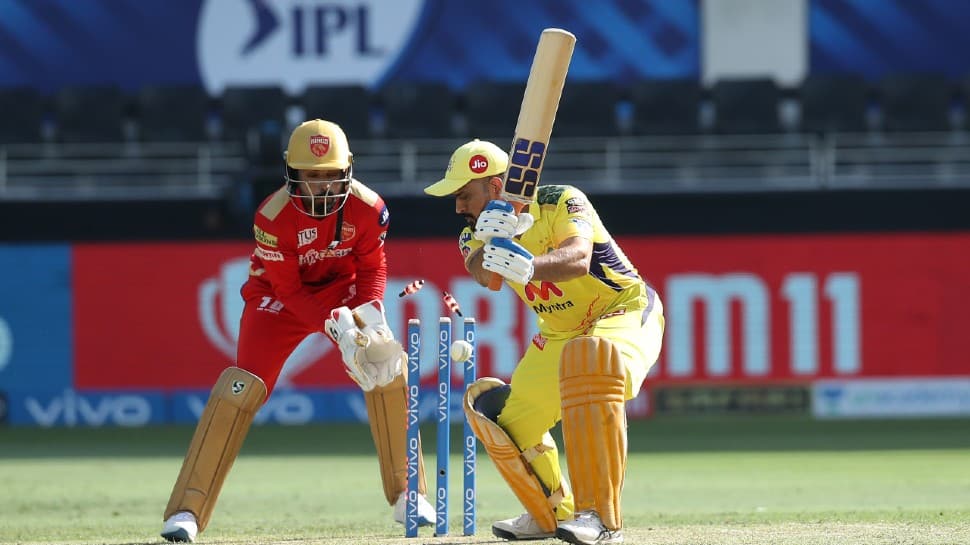 Since IPL 2020, this is the sixth time that Dhoni has been dismissed by a leg-spinner and averages just 13.7 against the wrist spinners. In IPL 2021, Dhoni hasn’t managed to cross 100 runs – scoring just 96 runs in 14 league matches at a strike-rate of just 95.

On Thursday, Dhoni managed a couple of boundaries off Bishnoi but was bamboozled by the PBKS leggie’s googly as CSK slumped to 61/5 in 12 overs after being sent into bat first. Social media was filled with messages from heart-broken Dhoni fans.

Here are some of the tweets after Dhoni’s cheap dismissal…

Meanwhile, former India opener Gautam Gambhir said that Dhoni is still a far cry from being a ‘threat’ to the bowlers. “He needs to bat to be a threat. He doesn't bat enough balls in the game, so he needs to bat first," Gambhir said on ESPNCricinfo.

West Indies legend Ian Bishop also echoed the former Kolkata Knight Riders skipper’s comments saying: “Yeah, Dhoni doesn’t seem to be firing so there are other guys, certainly Ravindra Jadeja, that I would like to see get more batting opportunities. I think we’ve seen that over the course of this season, Dhoni doesn’t seem like he’ll recapture his form.”

Dhoni was asked at toss of the IPL 2021 clash against Punjab Kings whether he’ll be seen in ‘yellow’ in 2022 and the wicketkeeper-batsman affirmed the same.

“You’ll see me in yellow next season but whether I’ll be playing for CSK you never know,” Dhoni told former New Zealand paceman Danny Morrison. “There are a lot of uncertainties coming up, two new teams are coming, we don’t know what the retention rules are and so on,” the CSK skipper added.

CSK ended the first innings at 134/6 thanks to opener's Faf du Plessis' 76 off 55 balls with two sixes and eight fours. Chris Jordan, who replaced Nicholas Pooran in the PBKS line-up, ended up with 2/20 in three overs while Arshdeep Singh picked up 2/35 in four overs.