IPL 2021 DC vs PBKS: Prithvi Shaw gets hit on crotch, smiles after looking into his pants, video goes viral - WATCH

Shaw took the hit in the third over of the match and looked to be in considerable pain after that. The team physio came out and checked on Shaw but by that time, the batsman seemed to have recovered and could see the funny side of things. 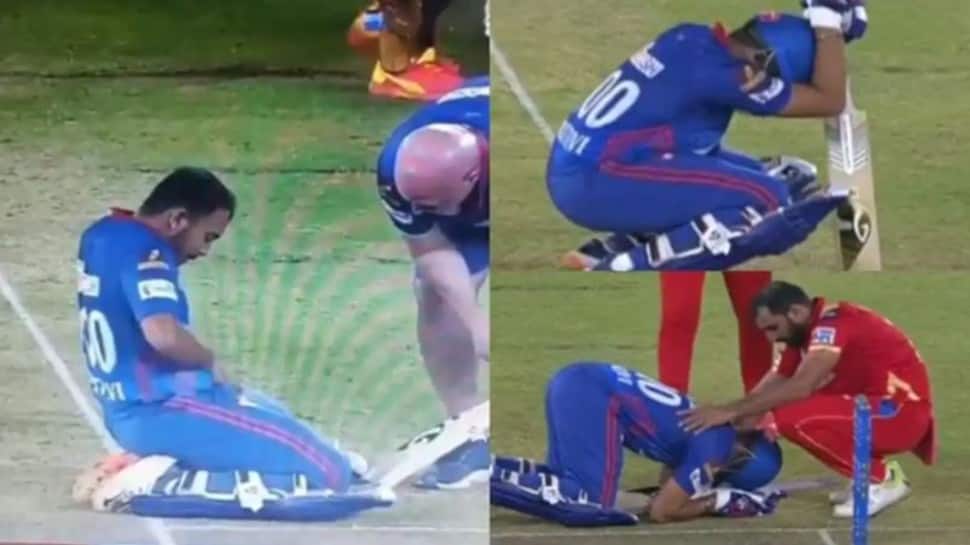 Delhi Capitals' (DC) Prithvi Shaw could be seen letting out a smile while looking into his pants after being hit on the crotch by a delivery from Punjab Kings (PBKS) fast bowler Riley Meredith at the Narendra Modi Stadium in the Indian Premier League (IPL).

Shaw took the hit in the third over of the match and looked to be in considerable pain after that. The team physio came out and checked on Shaw but by that time, the batsman seemed to have recovered and could see the funny side of things.

Notably, the 21-year-old batsman has been in good form this season and DC captain Rishabh Pant lauded him and opening partner Shikhar Dhawan for the good starts they have consistently given the team.

"It feels so good when you have a great start, [in] each and every match, with a mixture of youth and experience. You can see that everyone is doing so well around them," Pant said after DC beat PBKS by seven wickets. Shaw ended up scoring 39 runs off 32 balls and put up an opening stand of 63 runs with Dhawan.

Talking about the match, Shikhar Dhawan's 47-ball 69 helped a clinical Delhi Capitals (DC) ease to a seven-wicket win over Punjab Kings (PBKS) at the Narendra Modi Stadium on Sunday in the Indian Premier League (IPL).

DC chased down the target of 167 runs with 14 balls to spare, as Dhawan anchored the chase and put up partnerships with Prithvi Shaw, Steve Smith, captain Rishabh Pant, and Shimron Hetmyer.

Shaw (39) and Dhawan put up an opening stand of 63 runs that ended when the former fell to Harpreet Brar off the first ball of the seventh over. Smith (24) then played an almost chanceless innings and put up 48 for the second wicket with Dhawan, who then took the attack to the bowlers in a 36-run stand with Pant (14).

Pant fell to Chris Jordan in the 17th over, and the chase was completed in the 18th in which Hetmyer hit Riley Meredith for two sixes and a four. DC were left with two runs to win, and they got those after Meredith bowled consecutive two wides.

Earlier, PBKS captain Mayank Agarwal's 99 not out propelled PBKS to 166/6 in 20 overs. Agarwal stepped in after captain KL Rahul was diagnosed with acute appendicitis and was admitted to a local hospital here.